My Ph.D. work focused on the recognition mechanisms in primitive ants. The analysis of the cuticular hydrocarbons (HCs) of Pachycondyla genus shows that P. villosa is actually a species complex composed of 3 clearly differentiated species: P. villosa, P. inversa and P. subversa. We developed an ethological test to measure the aggressiveness of individuals versus other ants or versus chemical extracts to investigate the role of cuticular HCs. The 3 species got specific aggressive behaviours in correlation with their chemical divergence. Moreover, we compared the HC profile of purified lipophorin (a lipoprotein which is an HCs carrier ubiquitous of insects) with the HCs of the cuticle and the post-pharyngeal gland (PPG). This comparison shows a new insight into the homogenisation and circulation circuit of ants' HCs providing important cues to explain nestmate and kin recognition in ants.

During my post-doctoral researches at the University of Toronto, my main objective was to explore the connections between genotypic differences and changes in gene expression within individuals. For behaviourally relevant genes, there is little understanding of the connection between genotypic differences between individuals and changes in gene expression within individuals. Drosophila provides a premier system for gene discovery, but it is important to also study species with more complex behavioural repertoires. Ants provide such a model because they exhibit a sophisticated system of foraging with individuals specialised in different tasks. In Drosophila melanogaster. We studied the influence of for expression on social behaviour of the ant using the candidate gene approach.

Based on previous findings showing a role of the foraging gene (for) in naturally occurring food search behaviour in Drosophila and my previous work in Pheidole pallidula my present research project is to study the implication of the foraging gene on the social structure of the ant Solenopsis invicta. This species has two social forms that differ in many attributes and we want to test whether these differences correlate with difference in for gene expression.

Implication of the foraging gene in the social organization and reproductive dispersion behaviour in the invasive ant Solenopsis invicta.

Chemical and behavioural bases of the formation of colonial "visa" in the Ponerine ants of the genus Pachycondyla.

Purification and characterisation of the toxic components of tarantula venoms in the genera Brachypelma. 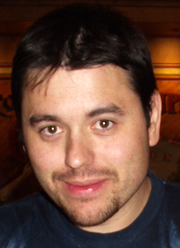