I am interested in the evolution, ecology and genetics of behaviors. I have previously worked on sexual selection in anurans, and pre-mating isolation in flies, and I am now investigating the evolutionnary genetics of learning in Drosophila melanogaster.
Learning ability and memory are important factors of behavioral plasticity. These abilities varies a lot within and between animal species. Such variation could be due to genetic or environmental variations, as well as gene-environment interactions.
The general aim of my work is to study natural variation of the learning ability in Drosophila melanogaster, and to quantify and map QTL (quantitative traits loci) involved in this variation.

2006-2011
PhD student at the University of Lausanne, under direction of Prof. Tadeusz Kawecki.

2004
Master degree (DEA) in Behavioural Biology, University of Paris-Nord. Master thesis on "Study on the pre-reproductive isolation of population of the Fruit Fly (Drosophila melanogaster)" under the supervision of Pr. Pierre Capy, CNRS - laboratory "Population, Genetics and Evolution".

2002
B.Sc. in Population Biology and Ecosystems, University of Paris-Sud. 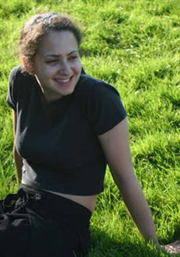