General structure of the Master

In this document, the masculine is used as a generic term. All titles and functions must be understood as male and female.

The Master of Science in Earth sciences is delivered jointly by the University of Geneva and the University of Lausanne, through the Lemanic School of Earth Sciences (ELSTE).
This second level cycle of 120 ECTS credits program has a proposed period of four semesters. Courses are generally given in French and in English. However, the program can be entirely followed in English.

The Master in geology has three orientations :

At the beginning of the Master, each student choses a proposed orientation.

The program of each orientation comprehends: 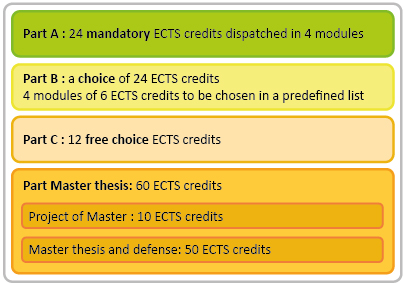 General plan of the Master

Schematic plan of the ELSTE Master