Ioannis Xenarios received a Ph.D in immunology at the Ludwig Institute of Cancer Research and the Institute of Biochemistry. He worked on the development of the Database of Interacting Proteins (DIP) under the supervision of Prof. David Eisenberg at the University of California Los Angeles. He then became the head of Translational Bioinformatics at Serono (now Merck Serono) where his group developed computational methodologies in the area of proteomics, microarray and genetics. He is one of the Principal investigators of the ENFIN project aiming at providing methods in dynamical systems modeling. 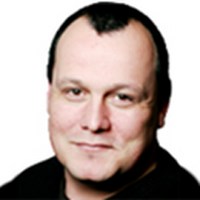