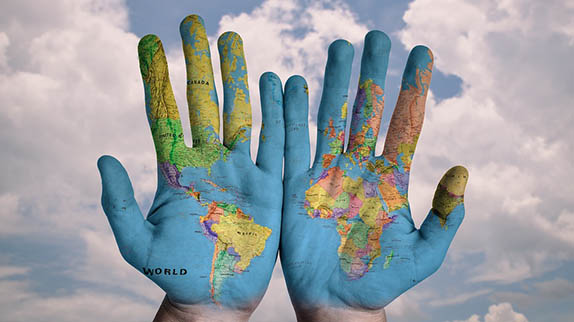 We explore the extent to which transnational private governance affects the capacity of workers to take collective action in pursuit of improvements in employment conditions in developing countries.

Transnational private labour regulation such as corporate codes of conduct and multi-stakeholder standards on labour, environment or human rights claim to respond to the governance deficits that have arisen as a result of the globalization of global production networks. Yet, little consensus exists about the effectiveness of their monitoring and enforcement practices or their ultimate impact.

We explore the extent to which transnational private governance affects the capacity of workers to take collective action in pursuit of improvements in employment conditions in developing countries.

Context
Since the 1990s, the concern has intensified about the responsibility of businesses in global subcontracting chains for exploitation of labour, inequality, and pollution. Many private transnational regulatory initiatives claim to address this concern by incentivizing multinational companies to voluntary sign up to human rights and environmental standards often referring to, for example, the International Labour Organization’s core labour standards. The effectiveness of this approach remains a complex and highly debated issue.

Aim
The study examines how these regimes vary in the degree to which they support workers’ collective capacity to take action to improve their own conditions of employment. This is a cross country and cross sector study in Kenya and Brazil, based on a mixed method approach including ample field work and a survey of local actors.

The project tests two hypotheses. The hypothesis of institutional complementarity proposes that what is important for the impact of transnational private labour regulation on workers’ capacity to take
collective action is the interaction between the rights guaranteed by the transnational private regulatory initiative and existing local and national institutions. The hypothesis of production regime dependency proposes that different types of hybrid production regimes will provide more or less propitious contexts for worker’s collective action.

Jean-Christophe Graz
Jean-Christophe Graz is principal investigator of the PR3 project. He is Professor of international relations at the Institut d'Etudes Politiques, Historiques et Internationales of the University of Lausanne. He has worked for over 15 years on regulation issues in global political economy. His research focuses in particular on transnational private governance, international standards, service offshoring, and more recently labour standards, global finance and insurance. Since 2006, he has been principal investigator of the following projects: “Governance by contract? The impact of the International Finance Corporation’s social conditionality on worker organization and social dialogue” (Swiss Network for International Studies – 2013-5); “INTERNORM - Pôle interactif des savoirs dans les processus de normalisation internationale (Direction Université de Lausanne & Fondation Anthropos – 2010-14); “Standards and international relations: Devolution of power in the global political economy” (Swiss National Science Foundation – 2006-10). He is currently completing a book manuscript with the tentative title “The power of standards: Hybrid authority in the globalisation of services”.

Jimena Sobrino Piazza
Jimena Sobrino Piazza holds a Master degree in Public Opinion and Survey Methodology from the Universities of Lausanne, Luzern and Neuchatel. Prior to that, she had completed undergraduate studies in political science in the University of Lausanne. Her work is dedicated to the challenges of capturing complex social phenomena into measurements and the responsible interpretation of them.