During my doctoral research I got experienced with Plant Molecular Biology in the in the group of Csaba Koncz in the Department of Jeff Schell at the Max-Planck-Institute for Breeding Research in Cologne. For my post-doctoral studies, I joined the laboratory of Chris Somerville for engineering polyesters in plants at Michigan State University and the Carnegie Institution of Plant Biology in Stanford. Afterwards I moved to the University of Fribourg, Switzerland, to use molecular genetics for the characterization of the biosynthesis of salicylic acid after pathogen infection in Arabidopsis in the laboratory of Jean-Pierre Métraux. Furthermore, I established a project on the elucidation of the functions of cutin and the cuticle. I joined the DBMV at the University of Lausanne as a group leader in 2004 to continue my research on the cuticle.

Nasim Farahani Zayas has a Bachelor degree in Biology at the Universidade do Vale do Itajaí, Brazil. She obtained a Master degree in Biotechnology at Wageningen University, Netherlands. There she did her master thesis in the laboratory of Prof. Mark GM Aarts where she worked with the model plant Noccaea caerulescens to understand how gene copy number variation is related to heavy metal tolerance. Also during her masters studies, she worked as an intern in the group of Prof. Detlef Weigel at the Max Planck Institute for Development (Tübingen, Germany), analysing target genes that could be associated with drought resistance in Arabidopsis thaliana.

Nasim joined our lab in June 2018 to work on understanding the role of glycerol-3-phosphate acyltransferases (GPAT) towards cuticle formation in Arabidopsis as well as to investigate their role in the root cuticle formation when subjected to biotic and abiotic stress conditions.

Aurore Guerault obtained a Master degree in Molecular Biology and Plant Biotechnology at the University of Strasbourg in France. She did her master thesis in the group of Dr. Teva Vernoux at RDP Laboratory (Lyon, France). There she characterized the role of three transcription factors during flower organogenesis in Arabidopsis thaliana and Petunia hybrida. Also during her master’s studies she worked in the group of Dr. Patrick Achard at IBMP (Strasbourg) to characterize the role of Gibberellins in Arabidopsis for the adaptation to potassium availability.

Aurore joined our lab in November 2017 to study the role of PEC1 proteins in cutin formation in tomato thanks to the CRISPR-Cas9 technique and to characterize new genes involved in the formation and function of Arabidopsis cuticle. 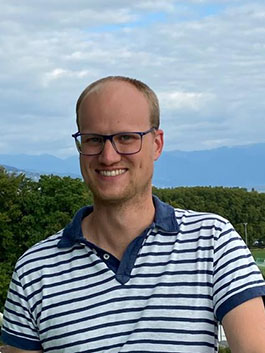 Kay Gully has obtained his PhD degree in plant science from the University of Angers (France). He did his thesis work in the laboratory of Dr. Etienne Bucher where he identified a family of serine-rich endogenous peptides (SCOOPs) and described their function in plant development and immunity. In Angers, Kay was also interested in epigenetic gene regulation and plant immunity priming. He described a novel priming mechanism in Arabidopsis and apple. Before his PhD studies Kay gained first experience in molecular plant science, during his Master studies at the University of Basel (Switzerland) in Prof. Thomas Boller’s lab.

Kay joined our group in October 2019 to work on the functional characterisation of glycerol-3-phosphate acyltransferases (GPAT) in the formation of different polyesters in organs of the shoot and root of Arabidopsis.

Manon Henna, BSc in Biology from UNIL, studies the role of the root cap cuticle in biotic interactions. 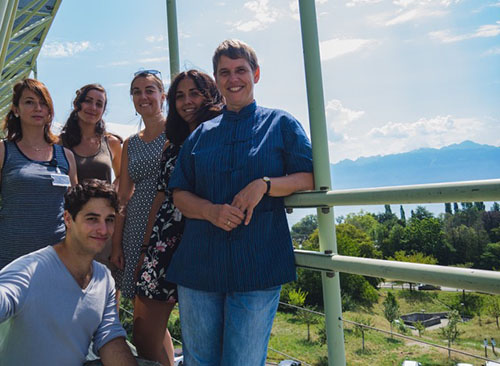