Research in our group focuses on deciphering the ecological and evolutionary forces that  shape plant species’ distributions and community structure. This long-standing goal of ecological research is also central to predicting impacts of global change – for example from biological invasions or climate change – on ecosystems.

Two highlighted projects are described here, but for more information about these and other projects visit the website of Jake Alexander

Altered species’ interactions could have much stronger impacts on species’ distributions and community structure following climate change than direct effects of altered climate. Novel interactions – those arising among species whose ranges did not previously overlap, due to asynchronous range shifts  – could play a particularly important role, but their impacts are poorly understood. Funded by an ERC Starting Grant in 2015, the NICH project seeks to better understand and predict impacts of novel biotic interactions on species’ climate change responses.

We are performing field experiments in the Swiss Alps near to Lausanne (Rechalp) to test the ecological and evolutionary consequences of novel interactions between alpine plants and lowland taxa. In particular, we are asking (1) how will evolution shape the outcome of novel interactions, and (2) can the outcome of novel plant-plant interactions be predicted using functional traits? These experiments will help parameterise process-based species range models that account for effects of competitors on plant distributions and their dynamics under climate change. 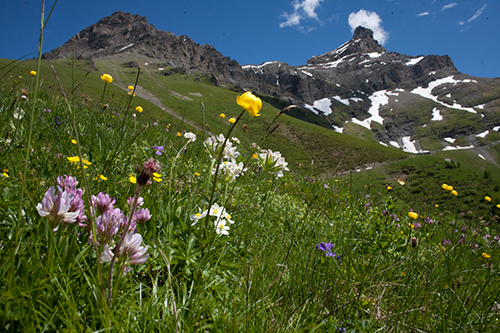 Flowering alpine pastures around our field sites under the Dent de Morcles, Switzerland.

Currently we are engaged in monitoring of non-native plant distributions along elevation gradients using a standardized protocol that is being replicated in mountain regions around the world. We are also conducting globally-replicated experiments to better understand how invasion dynamics might be influenced by climate change. 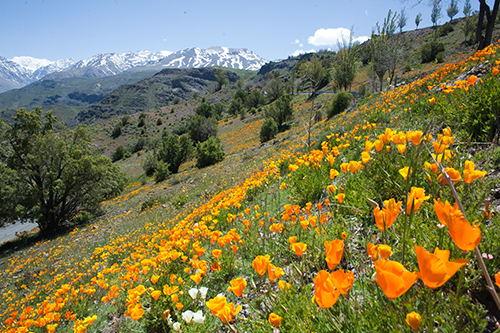 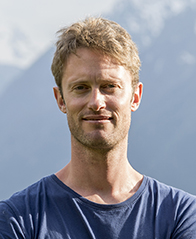