With a background in population ecology and conservation of large vertebrates on island ecosystems, my research interests at present focus on evolutionary and behavioural ecology. Part of my current research is centered on the study of possible mechanisms for maintenance and the signalling function of colour polymorphism, to respond two issues of great relevance and applicability such as the possible interactions between ecology and genetics, as well as to assess the significance of the selective processes in the maintenance of genetic variation at loci coding for melanin-based colour traits. My study model is the Eleonora’s falcon (Falco eleonorae) population from the Canary Islands.

1992-1997
Studies in Biology with specialization in Zoology, University of Granada, Spain. 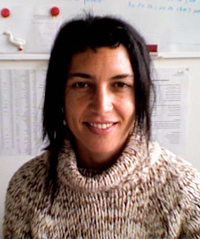