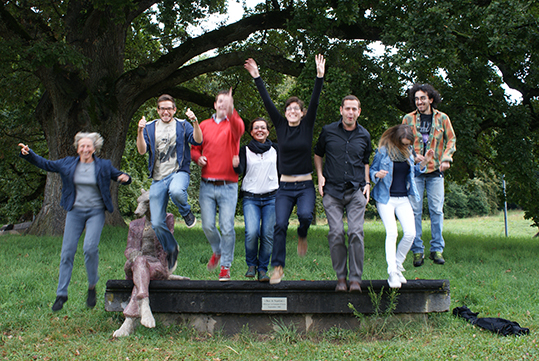 “…integrating an understanding of mechanisms into life history theory will be one of the most exciting tasks facing evolutionary biologists in the 21st century.” 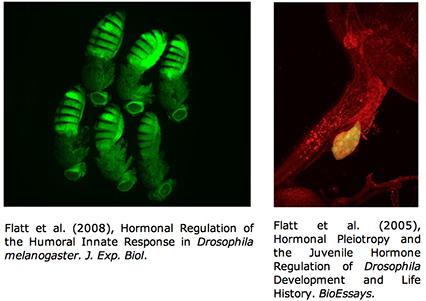 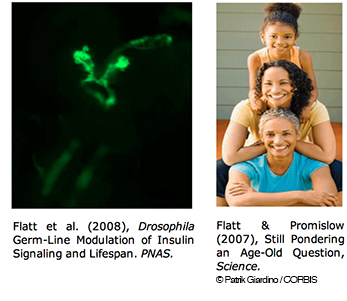 The Flatt group studies the genetic and physiological mechanisms underlying the evolution of life history and aging.

The questions we ask include:

To address these questions we combine the tools of evolutionary and functional genetics, population genomics, physiology, experimental evolution and artificial selection, mainly by using the fruit fly (Drosophila melanogaster) as an experimental model. 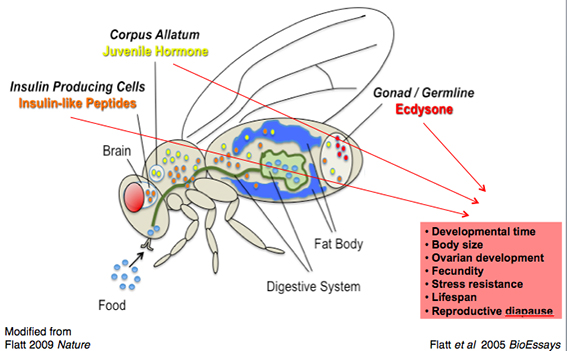 Life history traits are central to our understanding of adaptation because they represent direct targets of selection. However, while much progress has been made in uncovering the molecular mechanisms underlying fitness-related traits, mainly by studying large-effect mutants in model organisms, little is known about naturally occurring genetic variants that affect these traits. The central aim of this project is to identify naturally occurring polymorphisms that underlie evolutionary changes in life history, using Drosophila melanogaster as a model. Over the past few years, we have been using two complementary approaches to tackle this problem: to generate "catalogs" of candidate variants we have applied whole-genome Pool-sequencing to (1) North American populations clinally differentiated for life history and (2) a >30-year-long artificial selection experiment for longevity. Both approaches are "designed" to maximize among-population life-history differentiation and thus to increase our ability to map life-history variants via sequencing. In a second step, we have begun to perform experiments to examine the life-history effects of some of these candidate mechanisms. Based on our genomic analyses, we have prioritized three candidate mechanisms for experiments: (1) for the cline, we have identified clinal SNP polymorphisms in several genes involved in insulin signaling, a pathway known from molecular studies to regulate life-history physiology, including a clinal 2-SNP polymorphism in the transcription factor gene foxo; (2) a clinal chromosomal inversion polymorphism, In(3R)Payne, to which 79% of the most strongly clinal SNPs in the genome map; and (3), in the selection experiment, we have found strong enrichment of immunity genes among our top candidates. To date, our experiments show that (1) the foxo polymorphism has pleiotropic on egg-to-adult survival, body size and starvation resistance, in assays based on synthetic recombinant inbred lines; (2) the In(3R)Payne polymorphism is maintained by clinal selection, independent of neutrality and admixture, and affects body size, a strongly clinal trait; and (3) the long-lived selection lines survive pathogenic infections much better than the controls. We are currently working on in-depth functional experiments to better characterize these and other candidate mechanisms.

Trade-offs between reproduction and lifespan are ubiquitous, but little is known about their underlying mechanisms. Recent work suggests that reproduction and life span might be linked by molecular signals produced by reproductive tissues. In the nematode C. elegans life span is extended if worms lack proliferating germ cells in the presence of an intact somatic gonad. This suggests that the gonad is the source of signals which physiologically modulate organismal aging. Our recent work has shown that such gonadal signals are also present in the fruit fly D. melanogaster, suggesting that the regulation of lifespan by the reproductive system is evolutionarily conserved. Ablation of germline stem cells in the fly extends lifespan and modulates components of insulin/insulin-like growth factor signaling (IIS) in peripheral tissues, a conserved pathway important in regulating growth, metabolism, reproduction, and aging. Thus, as of yet unidentified endocrine signals from the germline might converge onto IIS to regulate aging. Using a combination of experimental evolution, hormonal manipulation, and genetics we have also found that juvenile hormone (JH), a hormone downstream of IIS, mediates the physiological but not necessarily the evolutionary trade-off between lifespan and reproduction in Drosophila. Our current work focuses on understanding the details whereby hormonal signaling mediates the trade-off between reproduction and life span.

Flatt, T., and T.J. Kawecki. 2007. Juvenile hormone as a regulator of the trade-off between reproduction and life span in Drosophila melanogaster. Evolution 61:1980-1991.

Funding
Our current and past research has been generously funded by: 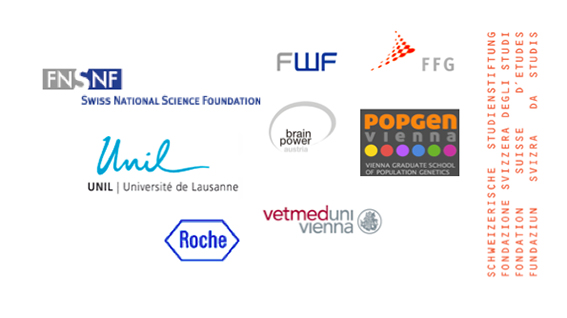 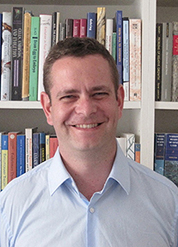