I am interested in understanding the genomics underlying transitions between sexual systems in plants.  While the majority of plant species have combined sexes (hermaphroditism or monoecy), numerous independent evolutionary transitions have resulted in the evolution of separate sexes (dioecy). In addition, there have been multiple reversions from dioecy towards combined sexes, but little is known about the underlying genetics of these convergent evolutionary transitions.

In my work, I am using a variety of methods, which include greenhouse and field experiments, crosses, analyses of genomic and phylogenetic datasets as well as computational simulations to better understand these processes. My current research is focused on the plant genus Mercurialis. Dioecy is ancestral in Mercurialis, but there have been several transitions towards monoecy and androdioecy (co-occurrence of males and monoecious individuals in the same population). In addition, all monoecious and androdioecious lineages are polyploids (possessing more than two genome copies), and maleness is determined by an XY system of sex determination, similar to many animal groups, including humans. Part of my work involves reconstructing the complex evolutionary history of this genus, which includes hybridization and whole genome duplication to understand how it is related to transitions between sexual systems. In addition, I am exploring the evolution of sex chromosomes across males in the genus to understand how differences in the male specific content of Y chromosomes could be related to sexual system evolution. Another focus of my work is based on a multi-year experimental evolution setup with diploid, dioecious M. annua. In this experiment, removal of males resulted in a rapid increase in the number of females producing male flowers. My work aims to understand the genetic architecture underlying this experimentally induced transition towards monoecy. 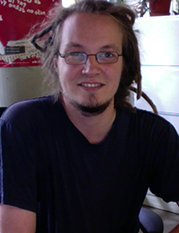