I believe that a phenotype is one of many possible outcomes that may arise from a single genotype and that it is the environment that determines the fate of genomic expression within a spectrum of outcomes determined by the genotype. The genome does not stand in isolation since the message that makes its way from DNA to the ribosome is unencrypted and prone to frequent amendments by molecular interaction in the cellular environment, which is packed to capacity with ions, molecules, oligomers, filaments, and organelles. The cell is an abstraction of all its contents and can therefore not have its function determined solely by deconstructing it into the sum of its parts. Similarly, groups of cells are abstracted to tissue, tissues to an organ, organs to an individual, individuals to a population, populations to a community, communities to an ecosystem, and finally, ecosystems put together are abstracted to the sphere of life. To give meaning to the study of life, I am furthermore of the opinion that biological interaction must be studied in the context of time since snapshots are not sufficient to reveal the origin of the random processes that drive evolution.

My most recently completed research was aimed at examining the role that the genome and transcriptome play in the ability of individual hermit crabs to emerge from the ocean and settle in the terrestrial environment. Interestingly, hermit crabs as a species are mostly marine dwellers and the land hermit crabs are therefore representatives of the hermit crabs that are migrating toward land over an evolutionary timeframe. Although I found plausible associations between terrestrial related morphological characters and the omics data generated during my study of land crabs, the most interesting realization I had was that the gastropod shells that hermit crabs carry for protection against predation – when considered at the species level over an evolutionary time period ­­– is a land adaptation vector that was used as a tool by land hermit crab ancestors to mitigate the formidable physicochemical difference between water and air. 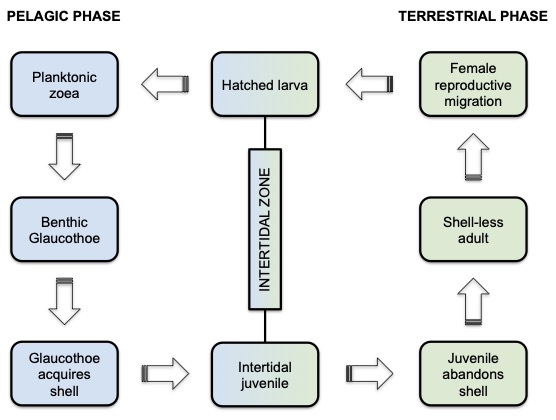 Figure: The life history of the hermit crab Birgus latro. The coconut crab’s life history starts when a larva is hatched into the surf. It then drifts in the open ocean for about a month before entering the benthic stage in search of a gastropod shell. A one-way migration to land is eventually followed by a berried female visiting the intertidal to spawn the eggs of the next generation.

MSc in Bioinformatics (2016) University of the Western Cape

Comparative genomics of the coconut crab and other decapod crustaceans: exploring the molecular basis of terrestrial adaptation (2021) BMC Genomics. 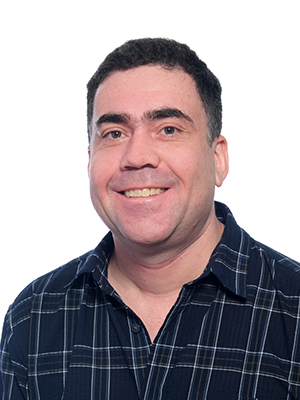