Faculty of Biology and Medicine
Department of Ecology and Evolution
You are here:  UNIL  > Agnès Horn

After a PhD that allowed me to work with different approaches such as behaviour, biogeography or phylogeography, I decided to focus my research interest in evolutionary biology, as the two phylogeographical studies I worked on really interested me.
A first post-doc in the team of Jacques Hausser led me to the study of the impact of chromosomal rearrangements on gene flow. Most specifically, the measure of gene flow at the chromosomal level helped us to infer if those rearrangements could have a role on the formation of a reproductive barrier between chromosome races. Our model was the shrews of the Sorex araneus group which presents a fascinating karyotypic polymorphism due to chromosomal rearrangements, leading to the formation of distinct chromosome races and several hybrid zones in Europe.
I joined the group of Nicolas Perrin for a new project which main goal is to focus on recombination between chromosomes, and most specifically between sex chromosomes of the Hyla arborea group. Previous results from the team have shown that this species had male heterogamety, and a strong recombination bias toward females, with no recombination at all for sex-linked loci in males. I now study the pattern of recombination in related species of H. arborea in order to understand the sex determination system and, in a broader view, the evolution of sex chromosomes in this group.

2008 - …
Post-doc in the Department of Ecology and Evolution, University of Lausanne
Group of Pr. Nicolas Perrin
Sex chromosome evolution and recombination rates in the tree frogs of the Hyla arborea group

2007 – 2008
Post-doc in the Department of Ecology and Evolution, University of Lausanne
Group of Pr Jacques Hausser
Comparative study of several hybrid zones in the Sorex araneus group 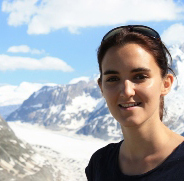