Faculty of Biology and Medicine
Department of Ecology and Evolution
You are here:  UNIL  > Anabelle Reber

I am interested in evolution of sociality and in host-parasite interaction. In my PhD project, I use Formica selysi as model species to study two main aspects of social organisation.
The evolution of social insect colonies with multiple queens is a puzzle for evolutionnary biologists and a challenge to kin selection. F. selysi is a good model to study the causes and consequences of changes in social structure because single and multiple-queen colonies occur in the same population. The aim of this project is to test if queens originating from single- and multiple-queen colonies differ in colony founding ability and to study the factors controlling the acceptance of new queens.
Social insects are also particularly exposed to parasites because of their group-living lifestyle. However, social life also permits the evolution of new collective mean of defence. In the second part of my PhD project, I aim to study how fungal parasites affect colony organisation, colony foundation and behavioral defences in ants. 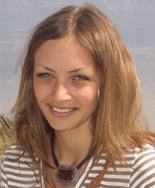