Faculty of Biology and Medicine
Department of Ecology and Evolution
You are here:  UNIL > Dr. Luis Santos del Blanco

I am mainly interested in reproductive strategies of plants and the implications that the commitment to reproduction has in several other phenotypic traits (costs of reproduction). I have always being amazed by natural diversity, mainly that of plants and fungi, and thus I am interested in within and among population selective processes that give rise to variation.

Size effects on the mating system of wind pollinated-plants
Size hierarchies are extremely common in natural environments. In the case of wind-pollinated plants, size has indirect positive effects on male fitness, as pollen released from higher can potentially be dispersed more efficiently. However, increased size and pollen production can have indirect costs for female function, such as an increased selfing rate and consequently inbred progeny. Using androdioecious populations of the plant Mercurialis annua as a model system, we aim to assess these potentially opposing effects of size on the mating system and plant fitness, including the way in which density modulates them. Our experiments involve manipulation of the size hierarchy in populations through density and nutrient treatments. Selfing rates is estimated from microsatellite data and related to the size class of the plants.

Evolution of secondary sexual dimorphism in plants
Numerous traits have been reported to differ between males and females of dioecious species e.g. size, phenology, nutrient requirements, etc. Mercurialis annua occurs in dioecious, monoecious and androdioecious populations where a range of sexual morphs can be found. Previous findings indicate that sex allocation in hermaphrodites seem to respond to selective pressures. Now we aim to deepen our understanding of the evolution of secondary sexual dimorphism driven by male and female sexual function specialization. We are conducting a series of natural selection experiments to integrate a comprehensive set of adaptive traits to describe correlated responses with each sexual function.

During my PhD at the Spanish National Forest Research Centre (INIA-CIFOR), I enjoyed a wealth of data from diverse common garden experiments which I used to answer basic evolutionary and ecological questions focusing on two Mediterranean pine species: Pinus pinaster and P. halepensis. Specifically, I studied patterns of among and within population variation in life-history traits such as the threshold size for reproduction and reproductive allometries by using animal Generalised Linear Mixed Model analysis to estimate the genetic (heritability, Qst) and environmental (plasticity) basis of phenotypic variation. My main results highlight the relevance studying reproductive traits in forest trees, largely overlooked to date. Previous to my PhD, I was involved in several research projects ranging from genetic engineering and population genetics to plant and fungi biodiversity surveys. 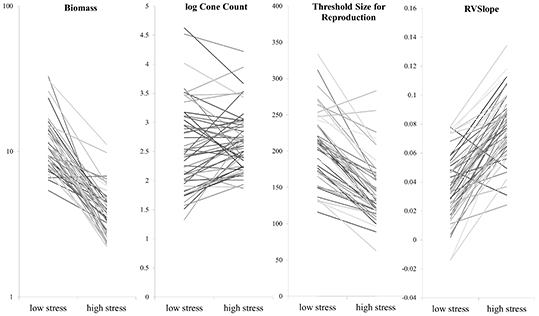 2013-
Post-doc at the Department of Ecology and Evolution, University of Lausanne.
Advisor: Prof. John Pannell. 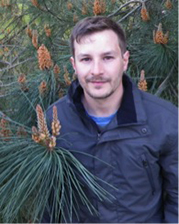