Faculty of Biology and Medicine
Department of Ecology and Evolution
You are here:  UNIL > Dr. Romain Savary 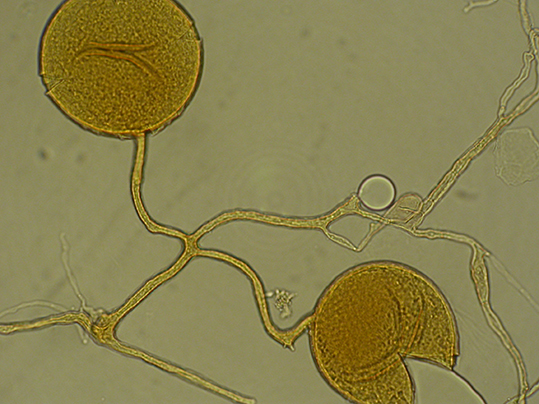 Arbuscular mycorrhizal fungi (AMF) are endosymbionts of the vast majority of terrestrial plants species exchanging soil nutrient for plant carbohydrates. This symbiotic association evolved more than 600 Myrs ago and might have helped the colonization of land by plants. AMF have been shown to confer a large number of benefits to plants, such as resistance to drought, pathogens, salt and pollutants. They were also shown to be central in terrestrial ecosystems as AMF diversity was found to impact plant community diversity, structure and productivity. Up to now, AMF diversity was measured to around 348 virtual molecular taxa for approximately 200’000 host plants. It is surprising that during their long evolution, the AMF did not radiate in species number, as did their hosts. In the first part of my thesis, I thus investigated the possibility that AMF could hide more functional diversity than previously thought. A diversity that could have been hidden until now because traditional molecular methods used could have had a to low resolution. Therefore using double digested restriction-site associated DNA sequencing (ddRAD-seq) protocols on the model AMF, Rhizophagus irregularis, I found that ecologists probably underestimated the functional diversity of AMF. Indeed I found well-defined genetic groups within this model species with differential transcriptome expression and differences in phenotypic traits. I also confirmed the controversial results suggesting a low endemism of AMF. In the second part, I then tested the hypothesis that within species AMF diversity could be ecologically functional. The intra-specific diversity was then inoculated either as a single isolate inoculum or as a mix inoculum on simulated plant communities. I found that phylogenetically similar AMF tend to impact the plant community in the same way by more or less repressing the dominant plant of the community, thus, resulting in a change in resource partitioning among subordinate plants. In the third part I characterized the molecular interaction between within species functional AMF diversity and the globally important crop plant Manihot esculenta. By performing a dual-transcriptome sequencing experiment I was able to unravel important plant genes and pathway and fungal genes that could partly explain how the AM symbiosis could switch from one extreme to another along the symbiosis continuum, parasitic to mutualist. Finally I started to investigate the possibility that R. irregularis hosts a rare and probably parasitic endosymbotic bacterium adapted to the intracytoplasmic life.

2012-
PhD under the supervision of Prof. Ian Sanders, University of Lausanne

2011- 2012
Labtechnician under the supervision of Dr. Matthias Stöck and Prof. Nicolas Perrin, University of Lausanne

2006-2009
Bachelor of Science in Biology, University of Lausanne 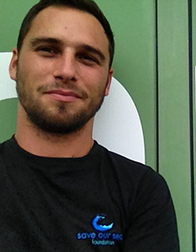