During my PhD I investigated how ecological interactions (like parasitism/mutualism) influence the social evolution of individuals of the same species, and the optimal life history strategy implemented by an organism.
Individuals are selected to maximise their own reproductive success, but successful reproduction commonly involves cooperation between conspecifics. Because natural selection acts differently on each individual, evolutionary conflicts are likely to arise between them. Conflicts among individuals of the same species are widespread in nature, but they are usually analysed without considering the wider ecological context. Yet interactions with second species are unlikely to have the same fitness effect on all individuals, and therefore they can potentially heighten or ameliorate conflicts between conspecifics.
I used burying beetles (Nicrophorus vespilloides) and the mites they carry as a model organism to investigate how interspecific interactions (like parasitism) influence conflicts of interests between family members, and the optimal life history strategy of an organism. 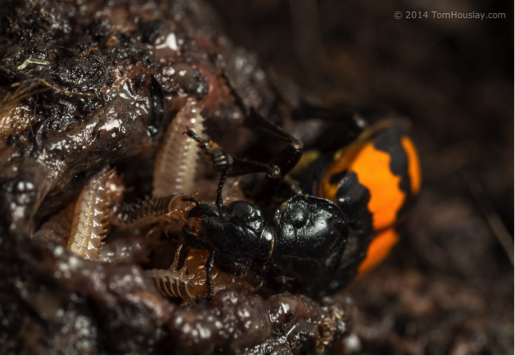 2009.08-2011.08: Development of behaviour
I graduated from the National Autonomous University of Mexico in 2011 with a bachelor’s degree in Biology. With my undergraduate thesis I investigated how early social experience influences adult courtship patterns in males of an endemic Mexican fish commonly known as ‘Amarillo’ fish (yellow fish; Girardinichthys multiradiatus). My research showed that the adult courtship pattern of males depends the type of females the they were raised with (local or non-local females), by their social rank during development (dominant/subordinate/singleton), and by the behavior of the female that they courted. 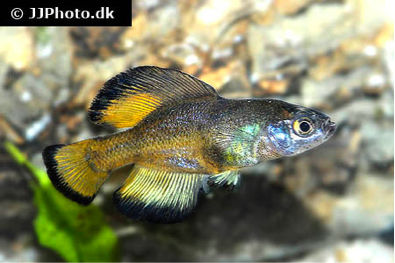 2009.01-2009.08: Communication
I carried out a research project in collaboration with an undergrad colleague on the mesquite lizard (Sceloporus grammicus microlepidotus). Males of this species have bright blue patches on their stomach. We did an experiment where we painted over the ventral blue patch of males to either: a) increase, b) reduce, or c) maintain the brightness of their patch. We then placed pairs of males to fight, and we found that males attacked more their opponent when the opponent had a dull patch, and attacked it less when it had a bright patch. 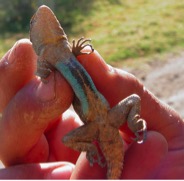 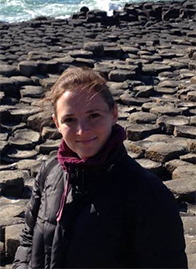