My main interests concern the adaptive function of animal behaviour. During my PhD my aim is to investigate the role of individual recognition in sib-sib interactions and more specifically in the intriguing negotiation behaviour of barn owl (Tyto alba) nestlings. When siblings strongly differ in need, in the absence of parents they signal to each other their willingness to compete for non-divisible food at their parent's return. A needy individual signals to its siblings that it will vigorously contest the impending food resources in order to deter siblings from competing when parents return to the nest, thus ensuring that it will be fed without having to beg too intensely. In contrast, since less needy siblings have little chance of being fed, they may expect little reward from investment in sibling competition. They should refrain from signalling to siblings, therefore indicating that they will retreat from sibling competition. This would allow them to avoid wasting energy in negotiation, competitive behaviour and begging. In sum, sibling negotiation should allow nestlings to optimally invest effort in competitive begging mainly when food resources are non-divisible. 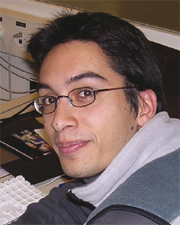