I am broadly interested in the genetics and evolution of behavior. Specifically, I am studying the genetic basis, molecular mechanisms, and evolutionary history underlying social behavior in the Red Imported Fire Ant, Solenopsis invicta. This species displays a prominent social polymorphism, which affects almost every aspect of a colony's life history and is marked by variation at a single protein-coding gene, Gp-9. Some colonies only contain a single reproductive female (monogyny), whereas others contain many, up to hundreds, reproductive females (polygyny). Although the association between social organization (i.e., queen number) and variation at Gp-9 has been extensively studied, critical information is still lacking to functionally connect genotype and phenotype.

Hence, I would like to understand how Gp-9 is associated with multiple queen societies from a functional and mechanistic perspective. Is Gp-9 merely associated with this colony phenotype? If so, is there a functional reason for its association with polygyny by controlling some other aspect of the polygyny syndrome? Or does Gp-9 directly control social organization in fire ants, either as the master control gene or as part of a complex of genes that determine queen number? My aim is to begin to answer these questions by understanding the functional role of GP-9 in individual ants and the colony as a whole. 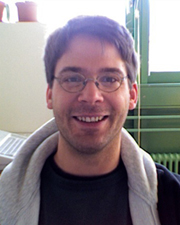