The fire ants are major invasive insect pests on a global scale. They earned their trivial name from their aggressive behavior and the burning sensation caused by their stings. The venom of the fire ants seems to play a central role in several aspects of their biology, and may hold some good applications to be used in their control. For instance, they spray venom in their colonies and are constantly partially covered by a layer of venom as an aseptic measure. Many of the venom compounds are stable molecules, belonging to a special class of alkaloids called solenopsins. The main interests of my research pertain the roles of venom compounds in fire ant biology. I have analyzed differences in venom composition among nominal and cryptical species, and devised an easy method for obtaining fire ant venom in gram amounts. My present objective is to investigate the role of fire ant venom compounds in social organization and in nestmate recognition. 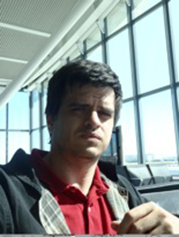