My research interests are the evolution of collective action and its modeling using evolutionary game theory and inclusive fitness theory.

Collective action, understood as the provision or maintenance of public goods, is problematic in biology. Many examples of biological collective action (such as the secretion of enzymes in microbes or collective hunting in vertebrates) are vulnerable to "free riders" or "cheaters" who benefit from the public good without helping to its production. In the language of game theory, collective action problems are easily translated into multiplayer games embodying social dilemmas, and their evolutionary outcome into the stable equilibria of replicator equations. Despite the importance of collective action and other multiperson interactions in biology, most of the models developed in inclusive fitness theory have assumed pairwise, "playing the field" or linear multiperson interactions. In evolutionary game theory, nonlinear multiplayer games have sometimes been considered, usually under the simplifying assumption of randomly mixing populations. More elaborated nonlinear multiplayer games with limited dispersal and a fluctuating demography have been given considerably less attention, mostly because of their perceived greater complexity. My research aims to use both evolutionary game theory and inclusive fitness theory to develop a general framework rendering complex multiplayer games amenable to mathematical analysis, and to use such theory for analyzing several biological collective action problems from an evolutionary perspective.

2006-2011:
Research and teaching assistant at the Institute of Applied Mathematics, Faculty of Social and Political Sciences, University of Lausanne. 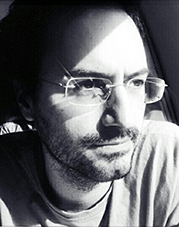