Understanding the evolution of sex chromosomes in Mercurialis annua through whole genome sequencing
Typically, sex chromosomes evolve and are lost in a distinct life-cycle. Initially, a sex-determining locus arises that does not recombine. Over time, this non-recombining region extends, accumulating sexually antagonistic elements onto the sex chromosome. As the non-recombining region extends, it accumulates deleterious mutations and repetitive elements that would usually be purged by recombination.

Whole genome resequencing of Cannabis species
Cannabis species are commercially important and have been used for thousands of years in the textile industry, as well as for medicinal, spiritual and recreational use. In collaboration with the Fumagalli lab, I am investigating the history of domestication and selection in these species. Like Mercurialis, Cannabis is a dioecious species, yet little is known about the sex chromosomes. Using existing Cannabis resources in combination with our resequencing data we will be investigating the evolution of these sex chromosomes.

PhD project
My D.Phil was carried out under the supervision of Dr Dmitry Filatov. During this time my research was focused on the evolution of protein secondary structural elements in Drosophila species. In this work, we demonstrated for the first time on a large scale that the likelihood of positive selection at a given site was directly correlated with protein secondary structure.

Figure 1. Proportions of all sites (grey bars) and positively selected sites (colored bars) according to the M1a/M2a and M7/M8 models in different secondary structures. 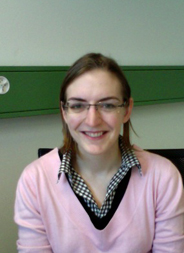