Typically, selectively neutral markers have been used for conservation genetic studies of wild populations. Questions about demographic parameters and population structure can be answered based solely on genetic data with tiny little pieces of tissue from a representative sample of the study population. I have been very interested in applying coalescence theory to the study of population structure and history based on neutral markers. I like different statistical approaches towards genetic data to find out more about the evolutionary history and thereby developing my programming skills.

However, evolutionary relevant and adaptive processes within populations can only be investigated with coding genes, and empirical support for selective mechanisms in free-ranging animal populations in their natural environment is still rare. Therefore I find the characterization of the major histocompatibility complex, cathelicidins or other genes related to the immune system, as well as the simulation of different adaptive scenarios in a wild species even more enthralling. With this knowledge it is going to be possible to investigate questions concerning mate choice, life-history strategies, whether specific genotypes of parents correlate with breeding success and offspring quality, and how particular genotypes relate to pollution and pathogen pressure.

Recent findings suggest that symbiotic microbes have major effects on the survival and growth of naturally spawned fish embryos. Moreover, we know that the immune system influences the embryos’ resistance to microbial challenges at later developmental stages. Despite these advancements and relative ease with which fish embryos can now be studied under natural and controlled laboratory conditions, our understanding of the ecological and evolutionary role of associated microbial communities is still poor. The composition of symbiotic microbes affects host development and life history, whereas the expression of certain parental host genes affects the symbiotic microbes. The influence of microbes on host development and survival depends furthermore on environmental factors such as temperature. For my doctoral studies I am going to identify and characterize typical microbial communities of model salmonids using next-generation sequencing techniques; test the roles of specific microbial communities and of particular host factors; and analyze the effects of temperature on the interaction between microbial communities and host. Salmonids will be used as the host species in order to exploit the various experimental advantages that embryos of this family offer as compared to other vertebrate hosts: taking samples from natural populations, rearing under experimental laboratory conditions, fertilizing externally, collecting very large family sizes, quantifying of additive and non-additive genetic and maternal environmental effects on offspring characteristics, measuring of various stress responses, translocating easily and exposing individual replicated genotypes to natural selection regimes.

“After sleeping through a hundred million centuries we have finally opened our eyes on a sumptuous planet, sparkling with color, bountiful with life. Within decades we must close our eyes again. Isn’t it a noble, and enlightened way of spending our brief time in the sun, to work at understanding the universe and how we have come to wake up in it? This is how I answer when I am asked – as I am surprisingly often – why I bother to get up in the mornings.”  -  Richard Dawkins 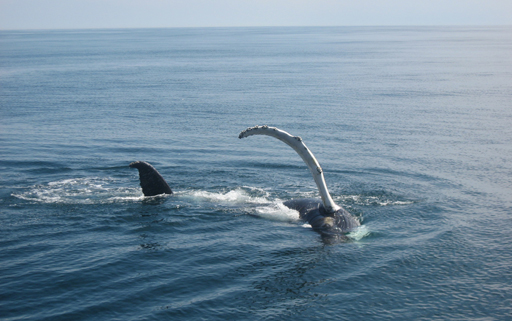 September 2010 - Present
PhD student in the Department of Ecology and Evolution at the University of Lausanne, Switzerland, under the supervision of Claus Wedekind and Luca Fumagalli on evolutionary genetics of salmonids: host-pathogen interaction and temperature variation. FBM fellowship 2010.

July & August 2010
Volunteering at the Provincetown Center for Coastal Studies, Cape Cod, USA. Collecting behavioral and demographic data about humpback whales, Megaptera novaeangliae, in the Gulf of Maine, including training in biopsy sampling. Three weeks excursion on a boat into the Bay of Fundy for most of the data acquisition.

September 2008 – May 2010
Master of Science degree at the University of Stockholm, Sweden. Majoring in biology with special interest in evolutionary genetics of marine mammals. My Master’s thesis paper in conservation genetics with the title "Investigation of HLA-DQB in Megaptera novaeangliae: female mating preferences and probabilistic paternity analysis" was advised by Prof. Per J. Palsbøll and Dr. Martine Bérubé http://www.gmt.su.se/pub/jsp/polopoly.jsp?d=3891.

July & August 2008
During summer 2008 fieldwork with Prof. Anders Angerbjörn in the Swedish tundra (Vindelfjällen) for the project “SEFALO+” which aims to save the arctic fox, Vulpes lagopus, in Sweden. Study of the foxes’ habitat (fauna, especially birds in transect observations; vegetation), collection of arctic fox tissue samples, marking and measuring of arctic fox cubs. Education as an independent polar fox hunter and improvement of my skills in detecting and determining bird species.

September 2005 – June 2008
Bachelor of Science degree at the University of Berne, Switzerland. Majoring in zoology with special interest in population genetics. My Bachelor’s thesis paper in population genetics was advised by Prof. Laurent Excoffier and Dr. Gerald Heckel at the Computational and Molecular Population Genetics Lab. Investigation of the Y- and X-chromosomal phylogeography of Microtus arvalis in Europe: Sequencing of several established Y-chromosomal markers, sequencing of mtDNA, phylogeographic and phylogenetic analyses together with existing data 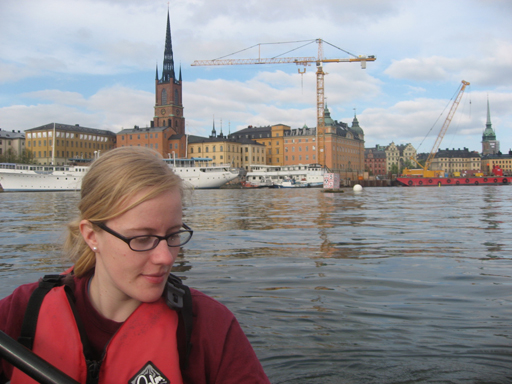 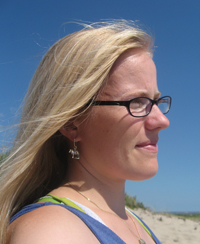 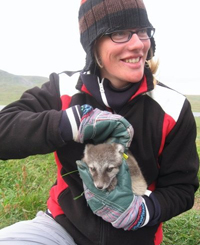