The biology of social insects possesses two exceptional biological phenomena that have attracted my attention. The first of these phenomena is caste determination, a process in which usually two genetically identical individuals develop into queen or worker by differential nutrition during larval stages. I started to study the molecular bases of caste determination in honey bees during my PhD. in the National University of Mexico. The other exceptional biological phenomena that have fascinated me are the outstanding longevity and reproductive differences between queen and worker castes of social insects. Queens are both long-lived and fertile, while workers are short-lived and normally sterile. Since queens escape the typical tradeoff between longevity and fertility observed in most living organism, they are ideally suited to explore the mechanism by which evolution can change gene regulation to produce both long-lived and highly active reproductive individuals. During my stay in the Robinson lab in the University of Illinois, I studied this process in honey bees, which queen live for 1-3 years. Caste differences in lifespan are even more extreme in some ant species. During my postdoctoral stay in the Keller lab, I will extent my research in aging and longevity, using the ant Lasius niger. The queens of this enigmatic ant can reach the age of 29 years, one of the largest lifespan records in insects. Our main working hypothesis is that queen and worker lifespan phenotypes are regulated by nutrition. We hypothesize that changes in nutrition during adult stages, determine different physiological conditions resulting in short and long life phenotypes. The regulation of longevity in adult individuals is expected be regulated by similar general molecular mechanisms operating during the caste determination process, but with substantial differences in their regulation. My ultimate aspiration is that the results of my research help to the understanding of the molecular bases of aging and provides insights of how we could age better.

2008- present
Postdoctoral Research Associate. Department of Ecology and Evolution, University of Lausanne. Research theme: The social insects as a model for the study of aging and longevity. Advisor: Laurent Keller.

2001-2007
Postdoctoral Research Associate. Departament of Entomology. University of Illinois. Research theme: "The honey bee as a model for the study of the molecular mechanism of aging". Department of Entomology and The Institute for Genomic Biology. Advisor: Gene E. Robinson. 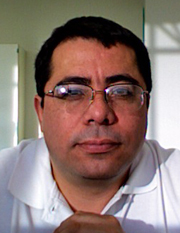