Faculty of Biology and Medicine
Department of Ecology and Evolution
You are here:  UNIL  > Dr. Roger Craig Stillwell

Body size often increases with increasing latitude, a pattern known as Bergmann’s rule. Despite over a century of work on this classic biological rule, we still have a poor understanding of the sources of selection that create one of the most broad-scale patterns known to biology. In general, latitudinal gradients in temperature are thought to be the underlying cause of Bergmann’s rule; a reduction in the surface-to-volume ratio of large animals vs. small animals leads to the prediction that animals should be larger in colder environments to avoid heat loss. Yet, Bergmann clines also exist in many ectothermic animals which acclimate to ambient temperature very quickly. In addition, many other ecological and environmental variables covary with latitude. However, few studies have explored the impact of these other ecological and environmental variables on selection, and thus their potential to generate Bergmann clines.

During my graduate work in the lab of Dr. Charles Fox, I showed that latitudinal gradients in temperature may not be responsible for generating Bergmann clines (my series of studies on this topic using the seed beetle, Stator limbatus, represents the only known example where an organism exhibits a Bergmann cline that is not due to a gradient in temperature). In a field survey, I examined how body size of S. limbatus varies geographically over a 38o range in latitude (Stillwell et al. 2007, American Naturalist). I found that body size increases with increasing latitude, following Bergmann’s rule. Of the 13 environmental variables and 1 ecological variable that I examined, I found that host plant seed size, seasonality and moisture availability best explained the cline in size. Surprisingly, mean temperature did not explain the variation in size. I directly tested the hypothesis that the relative advantage of being larger is greater at cooler temperatures by comparing the fitness of seed beetle lineages artificially selected for large and small body size at low vs. high temperatures (Stillwell et al. 2008, Evolution). I found that the relative advantage of being larger did not change with temperature or was greatest at high temperature, opposite to the prediction that selection favoring large size should be greatest at cooler temperatures. This, along with a few studies by other researchers, casts doubt on the hypothesis that latitudinal gradients in average temperature generate Bergmann clines.

The Evolution of Sexual Size Dimorphism

A Developmental Perspective on Size Dimorphism
Males and females of nearly all animals differ in size, a phenomenon known as Sexual Size Dimorphism (SSD). The direction and magnitude of SSD varies considerably across taxa. For example, males are often larger than females in mammals, whereas females are often larger than males in insects. Most of this variation in SSD is due to three major sources of selection: (i) fecundity selection favoring large females, (ii) sexual selection favoring large males and (iii) selection for a shorter duration of growth and/or a faster growth rate and hence small size in both sexes (Stillwell et al. 2010, Ann. Rev. Entomol.). However, despite decades of research on evolutionary explanations for how selection can generate SSD, a major paradox remains unresolved: How do males and females evolve to be different sizes when they share the same genes that regulate growth and development? The variation in SSD we observe among organisms shows that this constraint can be overcome, but a sufficient explanation is still lacking.

Evolutionary quantitative genetic studies often measure the extent to which a shared genome between sexes can hinder the evolution of SSD. These empirical studies generally demonstrate that the genetic correlation (which measures a shared genome) for body size between the sexes is near 1.0 and that the heritabilities (which measure genetic variation and the ability to respond to selection) are similar between sexes. Therefore, we should expect little to no SSD in organisms, even with substantial selection differences between sexes. One caveat of nearly all prior studies is that they focused almost exclusively on the genetic architecture of adult body size in predicting the evolution of SSD. However, understanding how SSD evolves requires understanding how SSD forms during growth and development because the proximate target of selection is the sex-specific developmental process that produces adult SSD.

During my postdoctoral work in the lab of Dr. Goggy Davidowitz at the University of Arizona, I discovered that the key to answering this mystery lies in the developmental stages where male and female growth diverges. Using the hawkmoth, Manduca sexta, as a model system, I explored the genetic architecture of three physiological variables (Stillwell and Davidowitz 2010) known to regulate body size in this insect during the last stage of larval growth: The growth rate, the critical weight (which measures the cessation of juvenile hormone (JH) secretion from the corpora allata) and the interval to the cessation of growth (ICG; which measures the time interval between the critical weight and the secretion of the ecdysteroids that regulate pupation and metamorphosis). I found that females had considerably more genetic variation in the critical weight and the ICG (Stillwell and Davidowitz 2010, Proc. R. Soc. B; this study was cited or linked to in over 10,000 science web sites and blogs when it was published online ahead of print). As a result, females can respond faster to selection on body size than males, producing the female-biased (females larger) SSD found in M. sexta.

This work is novel because it reveals that studying how SSD forms during growth and development sheds new insights into how males and females evolve different sizes. This also opens up an exciting opportunity to study how internal factors (genetics, development and physiology) contribute to how SSD forms in animals, a very poorly understood area of SSD research.

Although it is widely recognized that the magnitude of SSD varies among taxa, recent studies have shown that the degree of SSD, and sometimes the direction, also varies among populations within species. Much of this variation is genetically based and likely due to variation in the sources of selection that create SSD (see above section), primarily sexual selection, among species/populations. Alternatively, the effects of climate or other ecological and environmental variables may have different effects on males versus females, either because the fitness consequences of large versus small body size differs between the sexes or because the sexes differ in the degree of plasticity they exhibit in response to climatic or ecological variables. Many studies have examined how environmental factors affect phenotypic plasticity in body size, but few have examined how environmental factors affect SSD and the traits that mediate selection on male versus female body size.

During my graduate work, I showed that within-species variation in SSD can be generated by a gender difference in phenotypic plasticity in body size. Using the seed-feeding beetle, Callosobruchus maculatus, as a model system, I examined whether body size of males and females responded differently to variety of rearing temperatures. I found that although females were always larger than males, the degree of this SSD was greatest at intermediate temperatures (Stillwell and Fox 2007, Oecologia). My recent review paper shows that gender differences in body size plasticity are common in insects and likely play an important role in generating intra-specific variation in the degree of SSD (Stillwell et al. 2010, Ann. Rev. Entomol.).

Studying sex differences in body size plasticity and the underlying mechanisms that produced these differences presents an exciting opportunity to understand how ecology and development interact to produce complex phenotypes.

The Evolution of Allometry

Animal shape is primarily determined by how the size of body parts of an organism scale with their overall size, called an allometry or morphological scaling relationship. Allometries are typically described by measuring the intercept and slope of a plot of trait size on body size. Although there is substantial variation among species in these parameters, there is a tight correlation between the size of a trait and body size within species. As a result, there is controversy about how difficult it is for selection to change allometries, particularly the slope.
In my second postdoctoral postion, I worked with Dr. Tony Frankino (University of Houston), Dr. Alex Shingleton (Michigan State University) and Dr. Ian Dworkin (Michigan State University) to investigate how difficult it is to alter the slope of a static allometry. We used artificial selection to change slope of a wing-body allometry in D. melanogaster. We also examined the correlated response of the slopes of other static allometric relationships and whether wing shape also evolved in response to selection.

In previous work, I demonstrated that interactions between temperatures experienced early in life (immature stage) and later in life (adult stage) produce complex reaction norms for several traits in the seed beetle, Stator limbatus (Stillwell and Fox 2005, Ecology). In a separate study using the seed beetle, Callosobruchus maculatus, I showed that two environmental variables, host quality and temperature, interact in the juvenile stage to produce complexity in reaction norm shape in adults (Stillwell et al. 2007, Oecologia). In future work, I will continue to explore how plasticity evolves in complex environments by investigating interactions between multiple environmental variables at different life stages. I will also examine the physiology underlying complex patterns of plasticity in growth and life history traits. In addition, I will examine how genetic architecture of plasticity changes in complex environments to more accurately predict how plasticity evolves in nature, where environmental complexity is the norm. 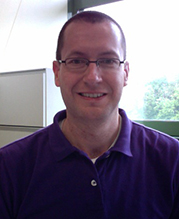