My research project focuses on population-genomic analyses in East African cichlid fishes. The exceptionally diverse species flocks of cichlid fishes emerge as excellent model systems to study the genetic basis of diversification, especially in the Great Lakes in the East African Rift Valley, where they have formed species flocks counting hundreds of endemic species each. During my PhD thesis I focus on the evolutionary genetics and genomics of cichlid radiations using SNPs (single nucleotide polymorphisms). After developing this molecular marker system for cichlid fishes I will be able to address several questions concerning the adaptive radiations of these fishes, e.g. the relative importance of hybridization, and whether there are hotspots of genetic diversity in the genome of cichlids. The comparative analyses of candidate speciation genes will further unravel their relative importance in the adaptive radiations as well as the evolutionary dynamics underlying naturally and sexually selected traits. 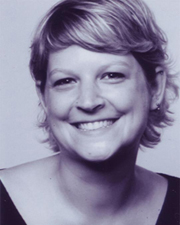