I have a real broad interest in Ecology in itself reaching from ecotoxiology to population studies. I have always been fascinated by plants. That is why I am extremely glad to work on one of the most interesting species, Cannabis. In our days Cannabis still kept his bad reputation as a harmful drug, but only few people know how versatile Cannabis really is (textile, medicine, source of energy, isolation, paper production, wood, food ... source: Jack Herer: " the emperor wears no clothes"). However, my PhD focus on the genetic backround of domestication events in Cannabis. Using next generation sequencing technologies I will investigate population patterns in Cannabis comparing domesticated and wild populations. Moreover I want to assess if we can trace selection in candidate genes.

Since 2010 I am a member of “Freunde der Naturvölker (FdN)”, an association for the protection of human rights for indigenous peoples 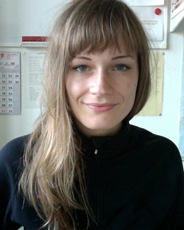