I am interested in uncovering the molecular bases underlying complex insect societies. In particular, I would like to determine the molecules, pathways and genetic networks that govern social behavior in ants. Knowledge of the molecular components for a particular social behavior provides insight into the mechanism of how genes translate into behavioral phenotypes. Moreover, we may be able to address several fundamental questions:

My focal system is a genetically-based colony dimorphism exhibited by the red imported fire ant, Solenopsis invicta. Colonies adopt either the monogyne or polygyne social form based on the willingness of workers to accept or reject queens. Interestingly, queen acceptance or rejection from a colony depends on both the genotype of the queen and the workers at a single locus, Gp-9. Gp-9 has been cloned and encodes an odorant binding protein. Gp-9 is unlikely to act in isolation, and thus, I would like to identify the other genes that may interact with or in parallel to Gp-9 to specify the monogyne or polygyne social form.

Since ants are not afforded the molecular and genetic tools of traditional model organisms, we will begin addressing the question of colony queen number with a functional genomics approach. As mRNA isolation is simple and since DNA microarrays are a proven genomics reagent for monitoring differential gene expression, a genome-wide expression analysis may be the fastest and most efficient method for identifying additional candidate effectors of colony queen number. 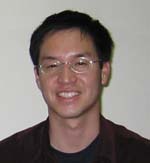