Martine completed her PhD in our group in 2008. She then became a postdoctoral researcher in the Simm’s lab at University of California, Berkeley. She can be contacted at: maehinger[@]gmail.com

My scientific interests are quite wide, though focused mainly on evolution related questions. I am very interested in population genetics, levels of selections, quantitative genetics and also molecular evolution.

During my master thesis I ran after shrews to do some population genetics on their mitochondria, with Nicolas Perrin, Eric Petit and Pierre Fontanillas (Ehinger et al. 2002) trying to figure out how they disperse. I then turned away from the smelly world of shrews discovering the amazing and messy world of fungi. For my Ph-D, I am working on the evolutionary ecology of arbuscular mycorrhizal fungi (endomycorrhiza). These fungi are ecologically very important and successful as they form a symbiotic interaction with 60-80% of all land plants. This system, also sometimes referred to as the wood wide web, consists of a network of many connected plants and fungi (individuals and species).

Most organisms possess one identical genome per nucleus if they are haploid, or several if they are polyploid, for at least a certain part of their life-cycle. Until recently, AMF (Arbuscular Mycorrhizal Fungi) were thought to be ancient asexuals (producing only asexual spores) and were not thought to differ from most organisms regarding their genetic organization. Recent findings show high within-spore genetic variation and revealed the multi-genomic nature of AMF and this has raised many questions regarding their evolution. How evolutionary forces such as drift, selection and migration act on this system to maintain the observed polymorphism is unclear. Other questions on this system remain unanswered such as how this multigenomic system has evolved to be stable, how the possible conflicts among genetically different nuclei are solved.

I am trying to dissect the action of different evolutionary forces on this system, using an experimental approach. 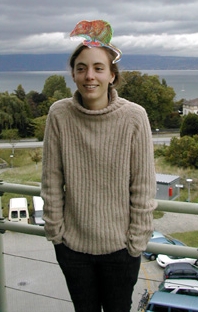