One of my main interests is to study the evolutionary and physiological mechanisms underlying ageing and life history. The processes of ageing have been shown to vary greatly both in natural and laboratory populations undergoing experimental evolution. In many studies, the insulin signalling pathway (IIS) has been identified to be causally linked to variation observed in longevity and was found to show genetic variation over a latitudinal cline along the North American east cost. However, not only genetic variation may be responsible for the differences observed in lifespan and correlated life history traits. Changes in the environment (e.g. temperature) can also have tremendous effects on the lifespan and correlated life history traits. For instance, low temperature and short photoperiod can induce an adult diapause (or dormancy) state in Drosophila melanogaster that results in arrested reproduction, increased stress resistance and improved adult survival. Along the North American east coast, diapause incidence is clinally distributed along a latitudinal gradient, with a significantly higher proportion of flies from Northern populations being able to express diapause as compared to Southern populations. Most recently, a single amino acid polymorphism in the couch potato (cpo) gene has been identified by our collaborator Paul Schmidt and collaborators as being responsible for natural variation in diapause incidence. To date not much is known about the exact physiological function of cpo in adult flies. My project will focus on the role of cpo in adult flies; in brief, we will direct inducible transgenic RNAi against cpo in specific tissues including endocrine tissues. This will allow us to observe the physiological mechanisms, including effects on steroid hormone and insulin signalling, whereby cpo modulates adult life history. 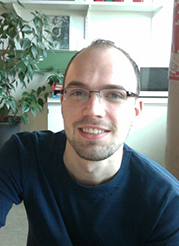