I am driven by a wide range of interests, which are reflected by the diversity of my background. Specifically I am interested in the phylogeography and phenotypic adaptation of birds, having recently become more focused in using genetic methods to investigate the evolution and maintenance of plumage pigmentation polymorphisms, and their impact on the processes leading to speciation and divergence of bird species.

The cosmopolitan barn owl (genus Tyto), comprising 6 species and ~36 subspecies, provides an unique opportunity for a phylogeographic study, and to explain the evolution and maintenance of a highly variable phenotypic trait – pigmentation – at the worldwide scale.

With a combination of genetic methods using samples from five continents (Europe, Asia, Oceania, North and South America, including islands), I will examine the worldwide population genetics of barn owls. The aim is to investigate how barn owls diverged, and to understand the adaptive processes involved in the evolution of melanin-based pigmentation between populations-subspecies-species.

2014 -
PhD, Department of Ecology and Evolution, University of Lausanne, Switzerland. 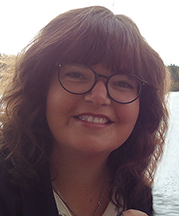