My PhD research generally dealt with dissecting joint evolutions i.e. how different traits affecting fitness are expected to interact during the course of evolution. I particularly focused on two such selective interactions using game-theoretical models. The first example concerns gene flow in seed plants. Since a few years, the relative contributions of seed and pollen dispersal to gene flow have been estimated in several species. However, despite a good general understanding of the evolution of seed dispersal alone, there is no joint prediction for seed and pollen dispersal. Because these two dispersal stages influence each other, verbal models are not sufficient to predict the strategies favoured by selection in a given ecological setting. In order to fill this gap, we modelled the joint evolution of pollen and seed dispersal under the effect of kin selection and inbreeding depression. Our model provides a fine understanding of the selective interactions between the two traits and sheds some light on the joint evolution of dispersal and mating systems in plants.

The aim of my post-doctoral research is to investigate, using the invasive Argentine ant (Linepithema humile), the relationships between ecological success and unicoloniality. Unicoloniality is an extreme form of sociality, characterised by low levels of inter-nest aggression, allowing billions of individuals to mix and cooperate over large distances. It has recently been suggested that unicoloniality could have evolved in Europe, through a selected loss of inter-nest aggression behaviour. The scenario underlying this statement is that the release from the ecological conditions that usually limit the range of ants (predators, competitors, parasites...) may have allowed higher nest densities. This could have increased the costs of inter-nest aggression, which loss became favoured by selection. To test for the putative role of selection in the evolution of unicoloniality, I propose to (i) obtain theoretical predictions as to which ecological conditions (e.g. nest density) select for the loss of aggression, and (ii) to compare these necessary conditions to those observed in Southern Europe. 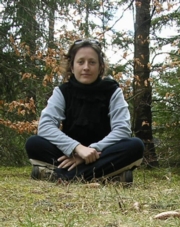