I am interested in selection acting on fire ant social supergene genes (Sb). Given the abundant gene content and lack of recombination on the Sb chromosome, it is likely to have a severe distortion in the frequency spectrum of polymorphism relative to neutral expectation. But to distinguish which loci under recent positive selection and which loci under constant purify selection, we need statistical test based on polymorphisms within all polygyne individuals and the divergence between SB and Sb chromosomes. The neutral theory predicts a positive correlation between levels of polymorphism within species and divergence between species. By comparing the polymorphism within Gp-9 dependent polygyne samples and the divergence observed between monogyne/polygyne at all the loci within non-recombining region, the Hudson-Kreitman-aguade (HKA) test can determine whether the observed difference is likely due to neutral evolution or rather due to adaptive evolution specific for polygyne social form. In further, by incorporating the different mutation type information, such as synonymous versus non-synonymous sites, we will use the McDonald Kreitman (MK) test to search for the genes where positive selection leads to an increase in non-synonymous divergence (Dn/Ds > Pn/Ps). 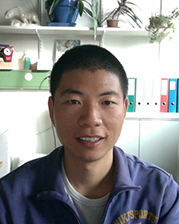