Antibiotics are crucial drugs for the treatment of infectious diseases, but the prevalence of multidrug resistant (MDR) bacteria has continuously challenged their efficacy. Since the number of new drugs under clinical development is limited it is critical to evaluate non-antibiotic-based alternative treatments. Phages are ubiquitous natural bacterial predators that specifically infect and kill bacterial cells during their life cycle. Shortly after their discovery in the beginning of the 20th century, they were successfully used for the treatment of bacterial infections in humans in the so-called phage therapy. The development and overwhelming success of antibiotic agents in the mid-century shadowed phage therapy in the Western world, while several East European countries continued to produce and use phage preparations. Because of the worldwide spread of MDR bacteria, phage therapy has now become the subject of high and renewed interest in the Western world.
Bacteriophages also produce endolysins (lysins) as part of their lytic cycle to degrade the peptidoglycan layer of the infected bacteria for the release of phage progeny. Because of the rapid lethal action of purified recombinant forms of these enzymes when added extrinsically to Gram-positive bacteria, they are currently actively exploited as novel anti-infectives sometimes termed enzybiotics.

In the Resch Lab, we are developing new therapeutic phages and phage-lysins in a rational approach. More information about our research can be found on the Resch Lab homepage 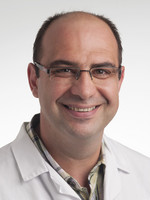