Over the past years, metabolism has been emerging as major regulator of stem and immune cells function and activation. Recently, it has been shown that metabolic interventions both in animal model and in human can profoundly alter stem and immune cell function. In light of this, we are interested in identifying the metabolic changes happening in HSCs and immune system during aging and developping targeted metabolic therapies in order to re-program stem and immune function in the elderly. 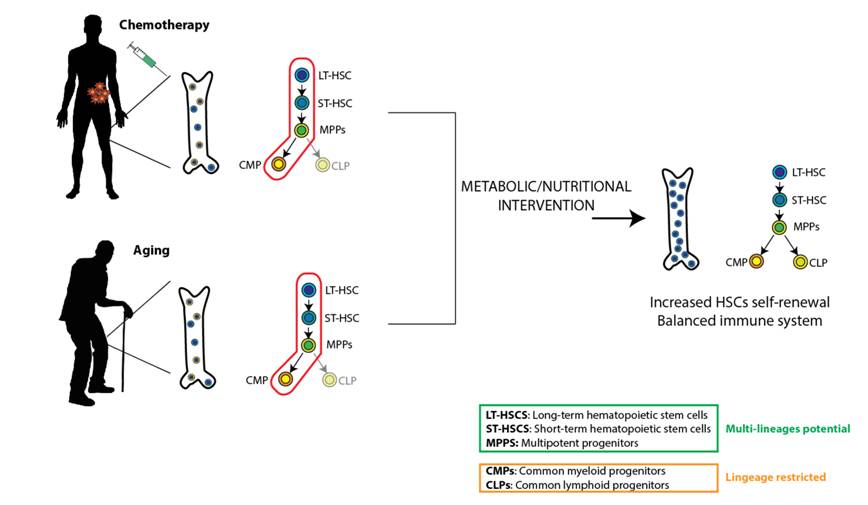 Chemotherapy results in substantial damage to the immune system by affecting the hematopoietic stem and progenitor cells (HSPCs) function, leading to myeloid bias differentiation and subsequent immunosuppression. We are interested in understanding the metabolic changes occuring upon chemotherapy in HSPCs and T cells and developping metabolic/nutritional strategies capable of preserving stem and immune cell functions. 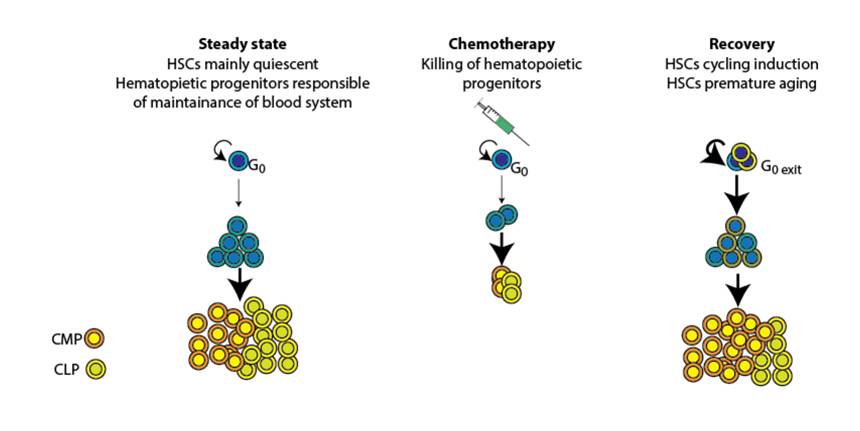 NAD precursor nicotinamide riboside (NR) has been shown to protect against high fat diet-induced obesity and extend lifespan. Interestingly, in our previous studies we demonstrated that NR is capable to expand HSPCs and lymphoid compartments in vivo  (Vannini et al., Under revision) Following up this earlier research, our goal now is to understand the role of NAD metabolism in immune cells.