The main focus of the Laboratory of Stem Cell Metabolism are adult neural stem cells (NSPCs), which give rise to new neurons throughout adulthood. This process is called adult neurogenesis and has been shown to be disturbed in various cognitive diseases. We are interested in the metabolic regulation of neurogenesis in health, aging and disease, covering basic aspects of metabolic regulation as well as extrinsic influences on NSPC metabolism.

Furthermore, we are exploring whether there are common mechanism of metabolic regulation in different somatic stem cell compartments. 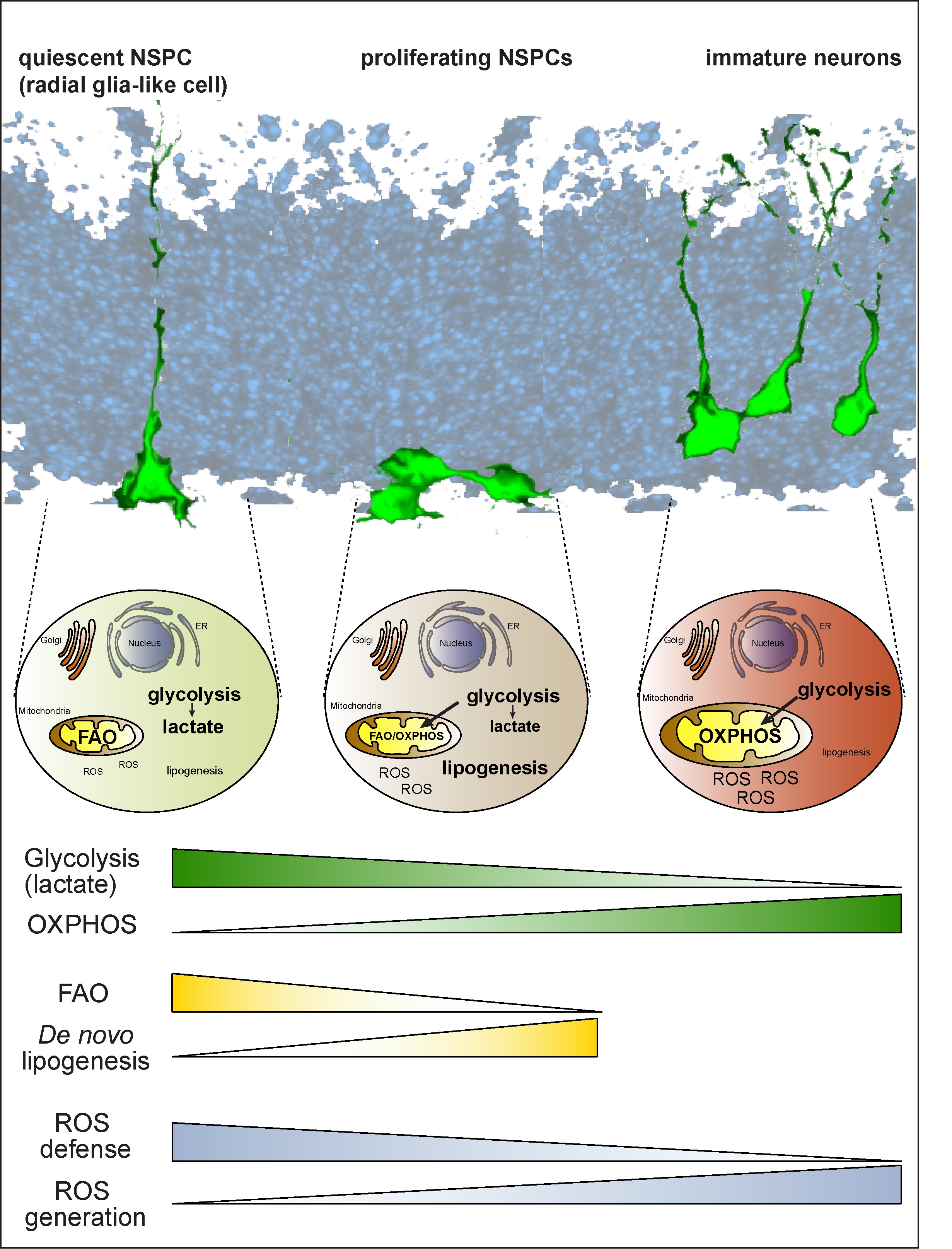 Schematic representation of the major metabolic pathways in NSPCs and their neuronal progeny. Shown are the major changes in metabolic pathways occurring in quiescent and proliferating NSPCs as well as in immature neurons in the adult dentate gyrus and the developing forebrain. From Knobloch & Jessberger, Current Opinion in Neurobiology 2017​

We have previously shown that lipid metabolism is indeed crucial for NSPC behavior (Knobloch et al. Nature 2013, Knobloch et al. 2017, in revision). However, why these lipids are so important for NSPCs and how they exert their influence on NSPC behavior remains poorly understood. We will address how lipid metabolism changes during cell cycle, fate choice and differentiation, and what the lipids are used for. 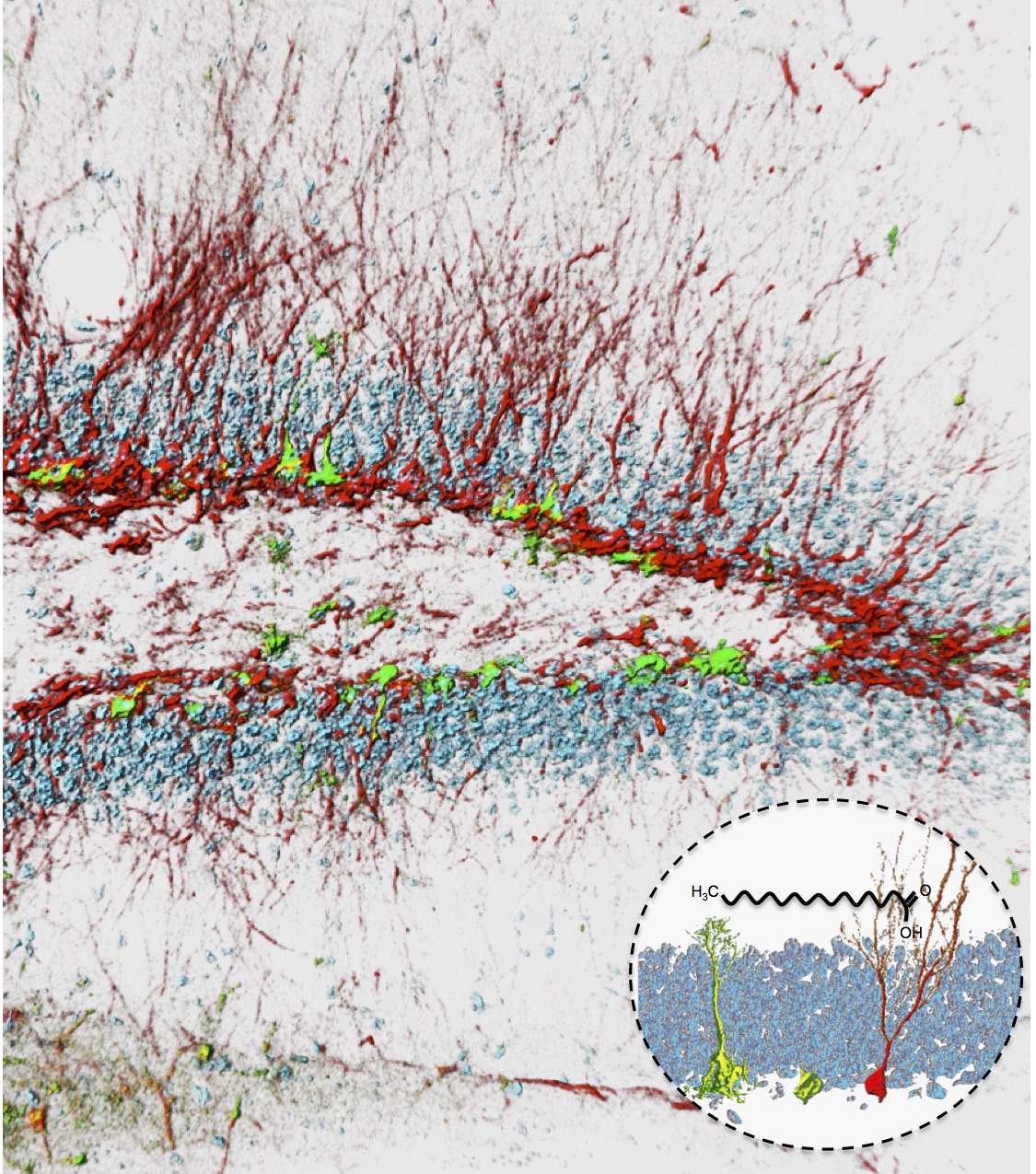 2. Extrinsic influences on metabolism in NSPCs.

Many extrinsic factors are known to influence neurogenesis, such as for instance nutrition, physical activity, aging and various diseases. However, how this pro-and anti-neurogenic stimuli are translated into changed NSPC behavior remains unclear. We will address how NSPC metabolism changes upon these different stimuli.

Neurogenesis is drastically reduced with age, as illustrated by the decreased number of Spot14+ NSPCs over time. Shown is the dentate gyrus of Spot14 GFP reporter mice at various ages (From Knobloch et al. Stem Cell Reports. 2014).

Publications of Marlen Knobloch on Pubmed 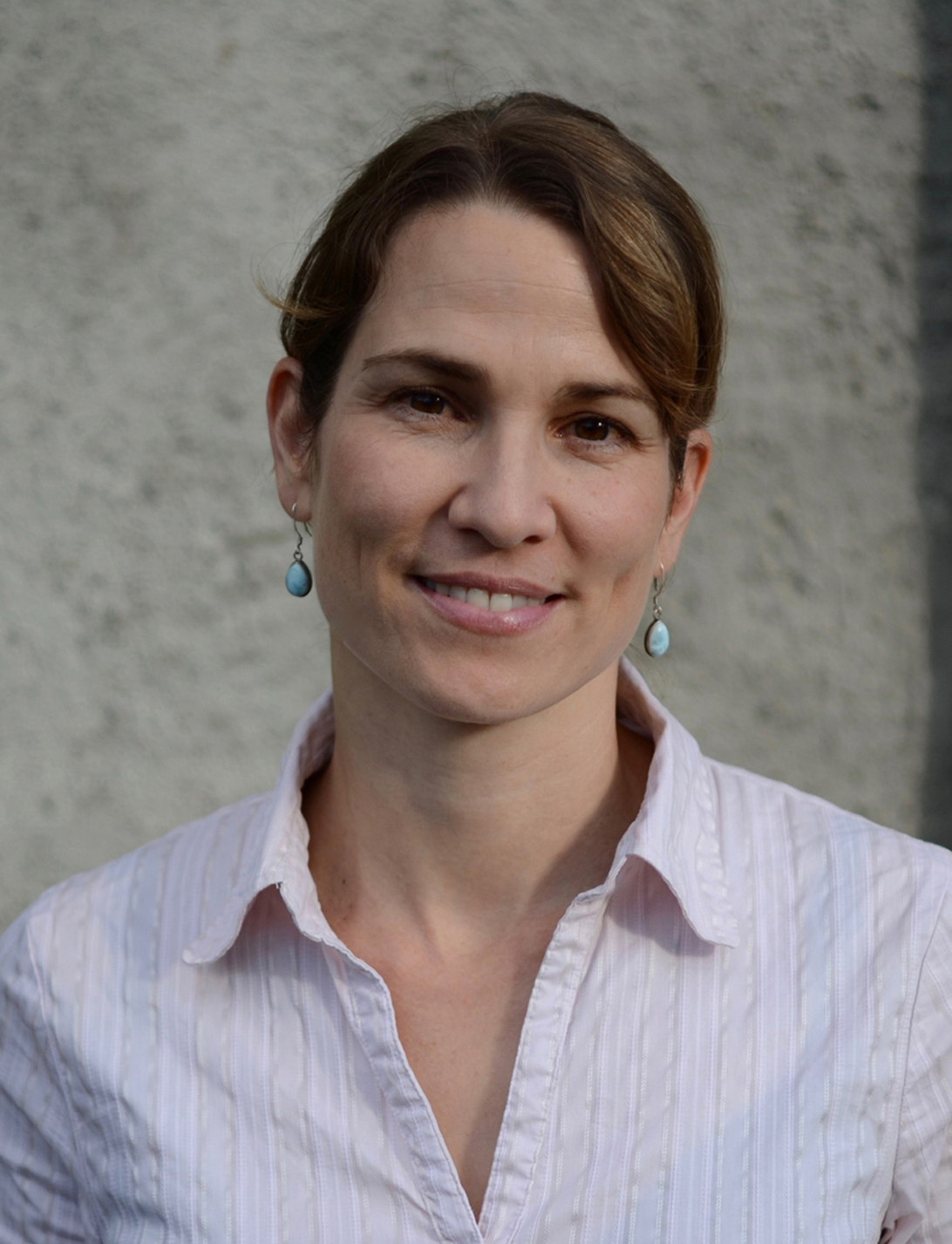