UNIL has almost equal numbers of male and female students. But some faculties and subjects are still characterized by a significant gender imbalance.

Get all the figures about the student body and grades awarded at UNIL.

Administrative and technical personnel make up a third of all staff at UNIL, a majority of whom are women. The split of men and women is uneven depending on the type of job, however, and most positions of responsibility are occupied by men.

Get all the figures about administrative and technical personnel at UNIL!

Administrative and technical personnel at UNIL

Men and women are represented in equal numbers at the start of their academic career, but the number of women declines as they move up through the hierarchy (the phenomenon known as the "leaky pipeline"). What is the split of men and women in academic posts at UNIL? What has changed since 2011? Is the glass ceiling still unbreakable?

Answer these questions in a few key figures!

Get all the figures about male and female professors recruited at UNIL!

Equality in the faculties in figures

Get detailed statistics for all UNIL faculties.

Criteria related to scientific excellence and academic selection processes can be influenced by stereotypes, which is why it is important to implement measures that support equality in recruitment. What chances of being appointed a professor do female candidates have at UNIL? Does the composition of the selection committee influence the recruitment process?

Find the answers in the study conducted by the Equal Opportunities Office. 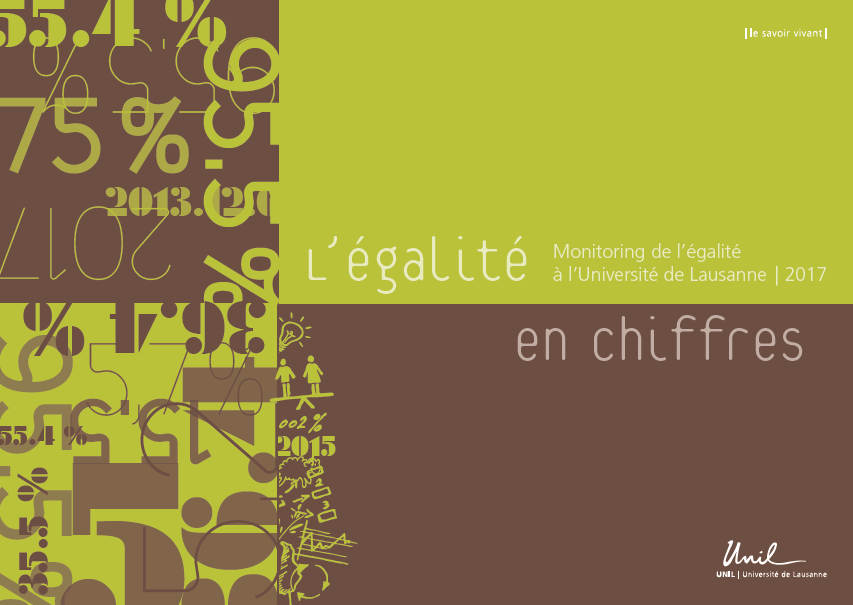 In Switzerland and in Europe