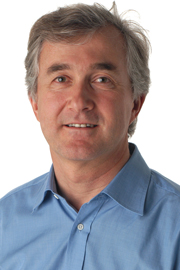 A relative or complete decrease in insulin secretion by pancreatic beta-cells underlies the development of, respectively, type 1 and type 2 diabetes. These diseases impose huge burden to welfare systems, both in Europe and in other developed and developing countries. There are so far limited therapeutic options to treat diabetes and none to cure or prevent the disease. This is due, in large part, to our limited knowledge of beta-cell biology in health and disease. Although a large body of knowledge has been gained on the function of beta-cells from animal models, knowledge on human beta-cell function, survival, and of the pathomechanisms that lead to their demise is still scarce.

The IMIDIA consortium, which consists of 14 leading European academic experts in the biology, physiology, and genetics of islet cells and in bioinformatics applied to systems biology, together with 9 major pharmaceutical industries and 1 SME, proposes an ambitious project to generate novel tools, biomarkers, and fundamental knowledge on beta-cell organization to accelerate the path to improved diabetes management.

The scientific program aims at delivering:

The close interaction of academic teams, pharmaceutical companies and SME will provide a unique conjunction of expertise and will form a strong basis for a successful enterprise to ultimately improve industrial competitiveness and Public Health in Europe.