Jean-Pierre Mach received his medical degree at the University of Geneva and trained from 1963 to 1967 as a postdoctoral fellow at the Massachussetts General Hospital in Boston. He specialized in the field of tumor markers at the Department of Biochemistry of our University where he became professor in 1976. From 1978 to 1986, he was associate director of the Lausanne branch from the Ludwig Institute. At his retirement from a double appointment at ISREC and our University, he joined Prof. G. Corradin's group to pursue his research with Dr Alena Donda, project leader, on antibody-mediated targeting of antigenic MHC class I complexes and MHC related molecules on tumor cells.

Taking advantage of our experience in tumor targeting with antibodies and in T lymphocyte cytotoxicity, we designed a new type of conjugates, consisting of antibody fragments coupled to Major Histocompatibility Complexes (MHC) or to the MHC-related molecule CD1d. Regarding the tumor targeting of classical MHC, we demonstrated that Fab fragments from different anti-tumor marker antibodies, conjugated to MHC/viral peptides, can target these antigens on the surface of cancer cells and induce their efficient lysis by virus specific cytotoxic T lymphocytes. We developed several in vivo syngeneic tumor models in viral infected mice and demonstrated the feasibility of this new immunotherapy strategy. In view of these promising results, we developed similar approaches applied to the non-polymorphic MHC related molecules CD1d, in order to redirect NKT cells to the tumor site. NKT cells are a unique subpopulation of T lymphocytes recognizing glycolipid antigens in the context of the MHC class I-like monomorphic molecule CD1d. Upon activation, iNKT cells are known to induce in turn a potent activation of cells of the innate and adaptive immune response, such as NK cells, dendritic cells (DCs), as well as T and B lymphocytes. In this context, iNKT cells have been shown to efficiently mediate antitumor activity. Fig. 1: NKT cells as transactivators of the innate and adaptive immune response. The glycolipid ligand α-GalCer presented by CD1d expressed on DC will activate NKT cells. In turn, activated NKT cells will rapidly secrete IFNγ and upregulate CD40L. These events will lead to NK activation, DC maturation and subsequent development of antigen-specific T lymphocytes, possibly against an existing tumor.

Invariant natural killer T lymphocytes (iNKT) are a unique subpopulation of T lymphocytes recognizing glycolipid antigens in the context of the MHC class I-like monomorphic molecule CD1d. Upon activation, iNKT cells are known to induce in turn a potent activation of cells of the innate and adaptive immune response, such as NK cells, dendritic cells (DCs), as well as T and B lymphocytes. In this context, iNKT cells have been shown to efficiently mediate antitumor activity. Thus, recent research has focused on the manipulation of these cells for antitumor therapies. Alpha-galactosylceramide (αGalCer) is a synthetic high affinity CD1d ligand used for activation of iNKT cells, and has been tested for therapy of cancer patients in clinical trials. However, a major drawback of αGalCer, as a free drug, is that a single injection leads to a short-lived iNKT cell activation followed by a long-term anergy, limiting its therapeutic use.

In contrast, we have recently (Stirnemann et al. 2008) shown that, when αGalCer was loaded on a recombinant soluble CD1d molecule (αGalCer/sCD1d), repeated injections led to a sustained iNKT and NK cell activation associated with interferon γ secretion, as well as with DC maturation. Most importantly, when the αGalCer/sCD1d was fused to an anti-HER2 scFv antibody fragment, potent inhibition of experimental lung metastasis and established subcutaneous tumors was obtained, when systemic treatment was started 7 days after tumor graft, whereas at this time, free αGalCer had no effect. The anti-tumor activity of the CD1d-anti-HER2 fusion protein was associated with its HER2-specific tumor localization and with the accumulation of iNKT, NK and T cells at the tumor site.

Potential of the sustained iNKT and NK cell activation in promoting active antitumor immunization. The characterization of tumor antigens has promoted the development of cancer vaccines. However, despite good antigen-specific T cell responses, clinical results have remained limited, largely due to T cell tolerance at the tumor site. We have now started collaboration with Prof. Pedro Romero at the LICR to combine sCD1d-antitumor therapy with active immunization against melanoma antigens, such as TRP2 or GP100.

Understand the mechanism of the sustained iNKT cell activation that is obtained by repeated injections of recombinant αGalCer-loaded sCD1d molecules, in contrast to the short-lived activation induced by treatment with αGalCer alone, which is followed by long-term unresponsiveness. Interestingly, it was recently shown that the co-inhibitory receptor Program death-1 (PD-1) was mainly responsible for iNKT anergy. In contrast, our recent results indicate that iNKT cells activation by recombinant αGalCer-loaded CD1d proteins prevent PD-1 upregulation resulting in the prolonged reactivity of these cells.

Immunosuppressive mechanisms at the tumor site. Multiple roles have been ascribed to T regulatory cells (Tregs) and to Myeloid Derived Suppressor Cells (MDSCs) in repressing antitumor immunity and promoting tumor growth, and these two cell populations are often enriched in tumor tissue. Two mouse models, that have been developed to selectively deplete these cell populations, will be tested to evaluate their respective roles in limiting CD1d-mediated therapy: 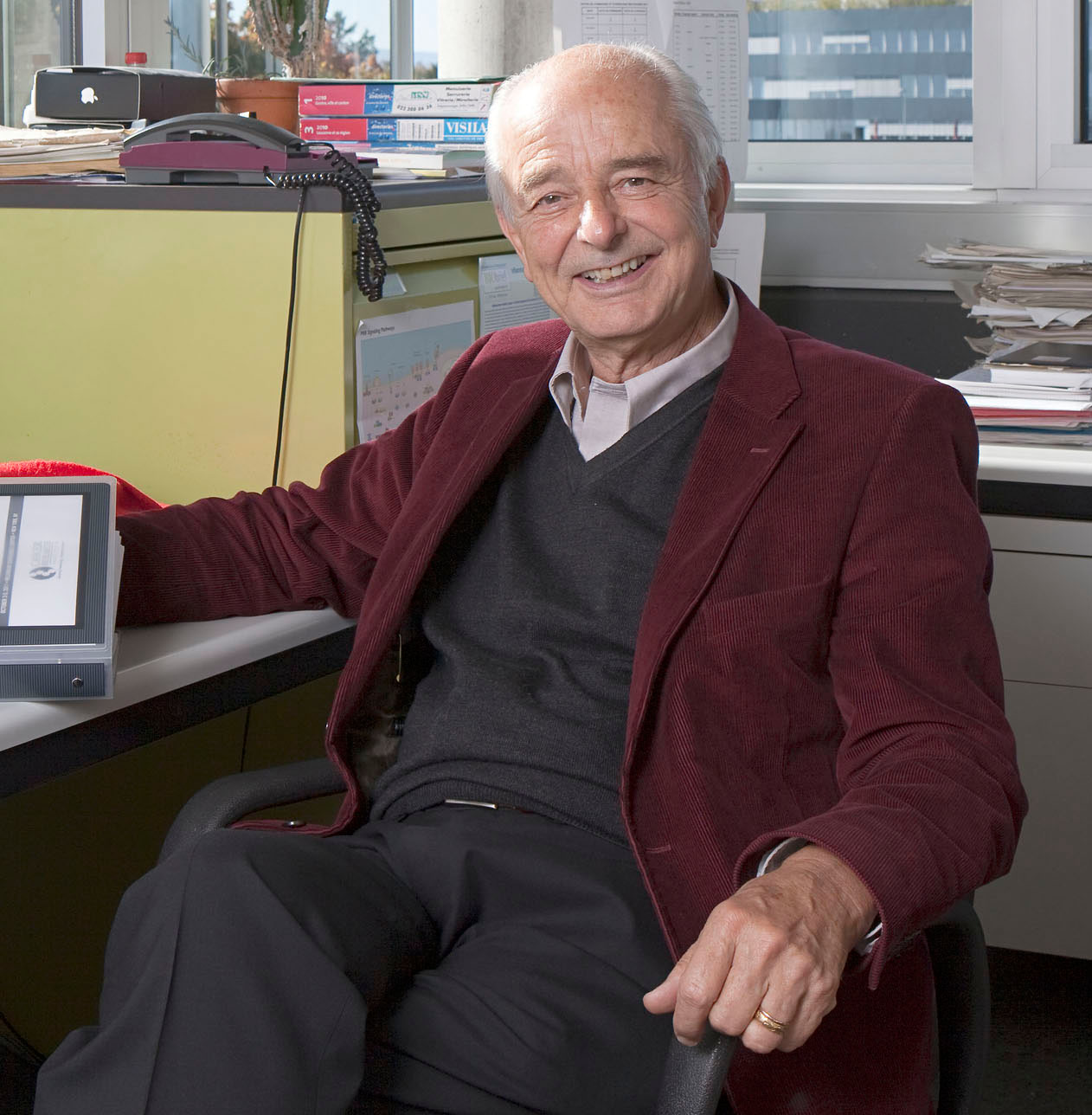