UNIL | University of Lausanne
You are here: UNIL > About UNIL > Yesterday and today > The UNIL in the 17th century

The UNIL in the 17th century

Various laws and rulings were passed regulating the behaviour of "Students at the Venerable Academy of Lausanne".

Enactment of an Academic Law which reinforced the Reformation of 1616.

A sovereign mandate from the government in Berne authorised the Academy not only to train theologians, but also to appoint ministers of the Reformed Church. The Academy enjoyed this prerogative until 1838.

The Reformation. An Academic Council was constituted in Berne. Its function was to supervise all the schools which together formed the Academy and to appoint a Rector every year. The length of studies was limited to 3 years for Philosophy and 2 for Theology. The role of the professors was strictly defined.

The Rector's Book was initiated. Each student had to sign the book and, in so doing, undertook to respect the rules of the Academy. 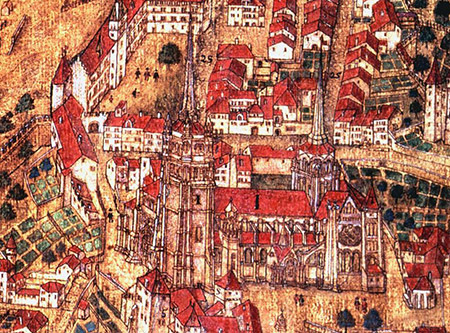