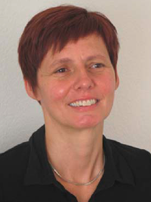 The overall aim of Predict-IV is to develop strategies to improve the assessment of drug safety in the early stage of development and late discovery phase, by an intelligent combination of non animal-based test systems, cell biology, mechanistic toxicology and in-silico modelling, in a rapid and cost effective manner. A better prediction of the safety of an investigational compound in early development will be delivered. Margins-of-safety will be deduced and the data generated by the proposed approach may also identify early biomarkers of human toxicity for pharmaceuticals.

The results obtained in Predict-IV will enable pharmaceutical companies to create a tailored testing strategy for early drug safety. The project will integrate new developments to improve and optimize cell culture models for toxicity testing and to characterize the dynamics and kinetics of cellular responses to toxic effects in vitro. The target organs most frequently affected by drug toxicity will be taken into account, namely liver and kidney. Moreover, predictive models for neurotoxicty are scarce and will be developed. For each target organ the most appropriate cell model will be used. The approach will be evaluated using a panel of drugs with well described toxicities and kinetics in animals and partly also in humans.