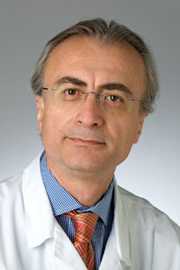 Worm infections are receiving increased attention due to: the wide geographic overlap in occurrence between worms and HIV, TB and malaria; the large proportion of individuals (minimal estimates around 25%) co-infected with worms and HIV/TB/ malaria; the potential risk of increasing disease burden; the very limited understanding of the impact by worm infections on HIV-, TB- and malaria-specific immune responses and on their clinical outcome; the lack of established intervention guidelines for treatment of worm infections; and the scarce information on the impact by worm infections on vaccination and vaccine-induced immune responses.

In order to address these complex and challenging scientific issues, IDEA project will focus its efforts on four primary objectives:

a) the worm-induced modulation of the functional and molecular profile of HIV-, TB- and malaria-specific immune responses,

b) the impact by worm co-infections on measures of disease activity of PRDs,

c) the immunologic markers of worm-, HIV-, TB- and malaria-specific immune responses associated with better control of pathogen replication and disease, and

d) the modulation by worm co-infections of vaccine-induced immune responses.

To achieve these objectives, IDEA project has developed a global and innovative strategy which includes: