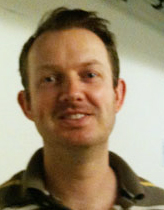 Epithelial polarity is a fundamental feature of multi-cellular life and model systems for animal epithelia have been intensely investigated for decades. One tissue that displays all the hallmarks of an epithelium is the root endodermis. In plants, the endodermis functions as a crucial barrier, separating the outer apoplastic space of the cortical cell layers, often in direct contact with the soil, from the inner apoplastic space of the vascular bundle. To create this barrier, endodermal cells secrete hydrophobic material in a highly localized and coordinated manner at all four lateral sides of the cell, resulting in the formation of the Casparian Strip (CS). Unpublished results of the host lab suggest that there is no lateral diffusion across the membrane adjacent to the CS (Casparian Strip domain, CSD) between outer and inner plasma membrane domains, further confirming the CS's role as a barrier. Next to nothing is known about the mechanistic underlying CS formation and its role during primary root growth and lateral root emergence. For lateral root emergence, the CS has to be modified or degraded in order for the lateral root to emerge. The host lab has isolated CS-localized proteins and mutants affected in CS formation.