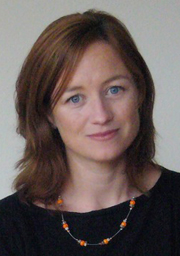 Natural genetic variation within populations largely determines phenotypic variation and is increasingly recognized as a critical factor in such diverse contexts as crop productivity or human disease susceptibility. For instance, diseases can be considered as quantitative traits, with disease occurring beyond a certain boundary along a spectrum. Whether a given allele confers a disease burden can depend on environmental factors, but also on the presence of particular alleles at other loci. Thus, natural allelic variants that by themselves are a priori not deleterious can have strong synthetic effects when combined.

In the extreme, such genetic interactions can lead to hybrid sterility or breakdown, processes which are thought to drive reproductive isolation and thus initiate speciation. Despite their importance, the extent and nature of such natural genetic interactions in multicellular eukaryotes remains largely unknown. Here, we use the model plant Arabidopsis thaliana to study two cases of genetic incompatibility, leading to synthetic infertility and lethality, respectively. These phenotypes were recovered by chance in crosses between hy5 hyh double mutants and the brx mutant and result from complex, background-dependent genetic interactions. Importantly, the high frequency of the novel phenotypes suggests that they do not represent double or triple mutants between the hy5, hyh or brx loci.

Rather, initial genetic mapping indicates that the phenotypes are due to genetic interactions involving two wild type background-specific alleles at novel loci. The primary aim of the proposed research is to isolate these alleles by map-based cloning and use this information to decipher the molecular genetic basis of the observed phenotypes. We expect that this work will establish a rare example of deleterious genetic interactions involving naturally occurring alleles, which will be conceptually highly relevant for the field of Genetics as a whole.