Pretexts, Intertextualities, and the Construction of Textual Identity

The first SAMEMES conference focused on some of the numerous critical and theoretical interests common to our institutionally divided disciplines, whether they relate to modes of textual production and reception (the advent of print culture does not spell out the demise of manuscript production, nor do these two forms of textuality reflect the wide range of literary transmission and reception, which is further affected by intermediality), to formal or thematic continuities and discontinuities (processses of cultural memory and/or amnesia), or whether they concern the effects of social and political change in (gendered and transgendered) construction of textual identities. Current theoretical approaches to literary history require that the study of diachronic and synchronic relationships between texts - pretexts and intertexts - take into account mechanisms of cultural transmission, as well as of gender and identity construction. 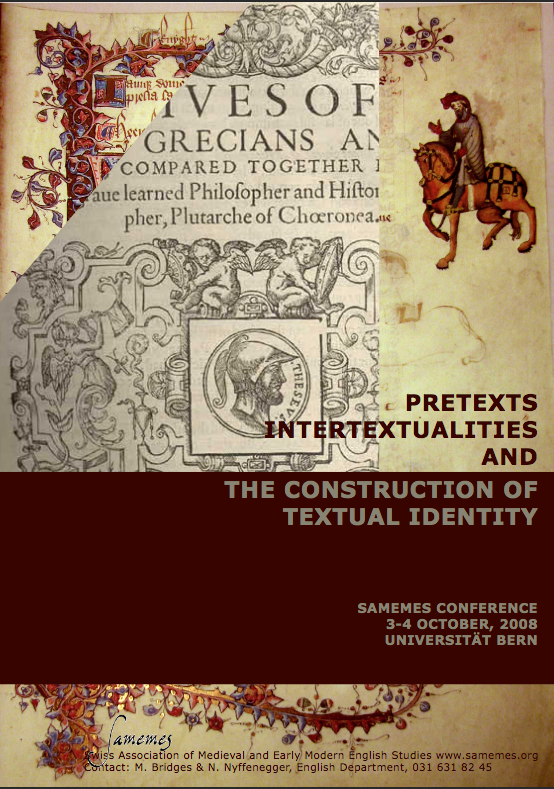 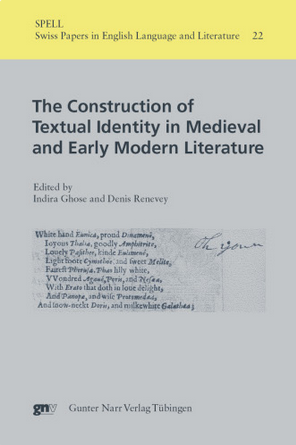 This volume sets out to bridge the gap between medieval and early modern literary studies. It contains a selection of essays by both distinguished experts and young scholars in either field, and marks the foundation of the Swiss Association of Medieval and Early Modern English Studies. The contibutions address the crucial issue of how texts engage with other texts. Theys do so in a variety of ways, focusing on pretexts, paratexts, and marginalia. What emerges is an insight into the way texts shape identity - be it that of the author, the readership, or the texts themselves.