Authorship has come to the forefront of medieval and early modern English studies in recent years, as is shown by the wealth of important publications in this area. This conference took stock of a duly socialized form of authorship, which recognizes that while authors have agency, that agency is circumscribed by the multi-faceted social, legal, institutional, and intertextual pressures within which authorship takes place. 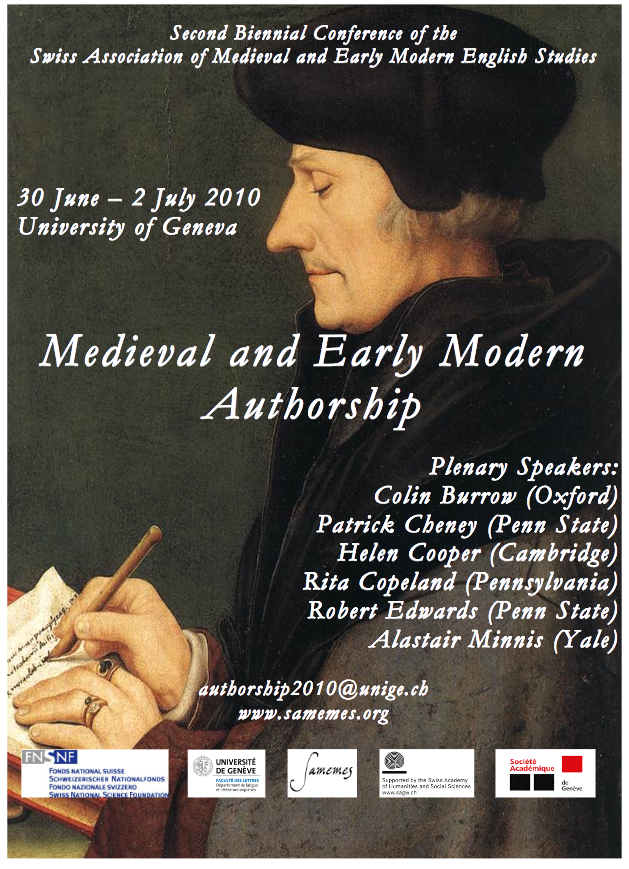 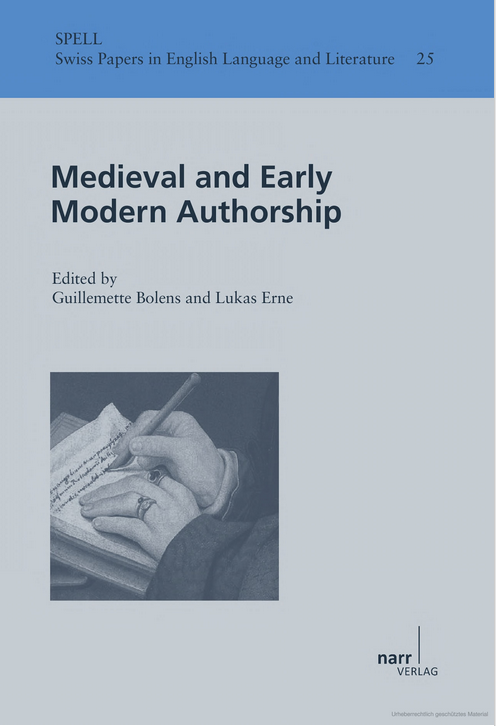 Reports of his death having been greatly exaggerated, the author has made a spectacular return in English studies. This is the first book devoted to medieval and early modern authorship, exploring continuities, discontinuities, and innovations in the two periods which literary histories and institutional practices too often keep apart. Canonical authors receive sustained attention (notably Chaucer, Gower, Shakespeare, Jonson, Milton, and Marvell), and so do key issues in the current scholarly debate, such as authorial self-fashioning, the fictionalisation of authorship, the posthumous construction of authorship, and the nexus of authorship and authority. Other important topics whose relations to authorship are explored include adaptation, paratext, portraiture, historiography, hagiography, theology, and the sublime.

"This rich, challenging and exceptionally well conceived collection addresses the construction of authorship in medieval and early modern England, and revises received opinion in important ways. All the essays are worth attention several should be considered essential reading." Stephen Orgel, J. E. Reynolds Professor in the Humanities, Stanford University