Jean-Luc Epard is specialized in structural and Alpine geology. His research concerns the geometry and kinematics of tectonic nappes formed in collisional-type mountain chains like the Alps and the Himalayas. Different tectonic settings are among the areas presently studied:

Helvetic and Ultrahelvetics of Western Switzerland (mapping of the root areas in Valais).

In the Indian Himalayas:

Another topic of interest is detachment folding (kinematics and balancing), particularly strain quantification at all scales. The relationship between folding, fracturing, and rock instabilities (Swiss Jura and Alberta Foothills, Canada) is one of the themes currently addressed.
These areas of research require collaboration with many specialists of the ISTE (igneous and metamorphic petrology, tectonics modeling, rock instabilities,…). In addition, many laboratories, available in the faculty, are essential to the realization of this research.

Go to other personal websites 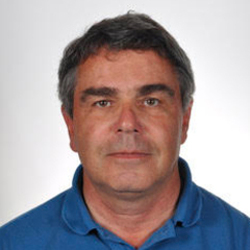