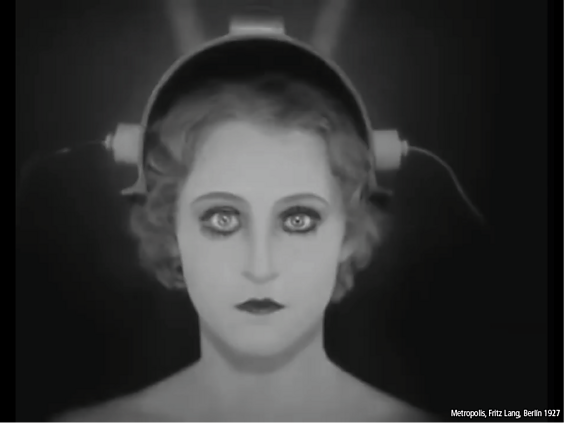 Bionote: Orish Chinna has an MBBS and holds PhD in Anatomy of the University of Port Harcourt, Nigeria. She is a Senior Faculty of the same Department where she mentors both graduate and undergraduate students in neurobiology. Her passion for knowledge acquisition and impartation drove her to Neuroscience. She had her postdoctoral training at the US FDA, National Centre Toxicological Research NCTR, Jefferson Arkansas in the Division of Neurotoxicology. Orish Chinna has been involved in several neuro-skill acquisition trainings at national, continental and international levels. Her research thrust is on the preclinical mechanistic considerations of beneficial role natural antidotes on environmental toxicants induced neurodegenerative diseases. She is the founder and Coordinator of Women in Neuroscience, Nigeria WIN with a mission to empower women to pursue careers in neuroscience. She is also the founder of Youth Neuroscience Association of Nigeria YNAN. She is the coordinator of University of Port Harcourt Neuroscience group. She is also the Vice President of Neuroscience Society of Nigeria NSN and the National coordinator of Brain bee in Nigeria. She is CEO and sole funder of ESPIRISA CHINNA ORISH FOUNDATION. This FOUNDATION promotes excellence and offers awards to Best Neuroscience students especially female students. Orish Chinna is very passionate about scouting, nurturing and empowering young minds careers in Neuroscience.

Bionote: Dr Qulu is a Neuroscientist and a Senior lecturer in the Discipline of Human Physiology, under the Faculty of Medicine and Health Sciences at the University of Stellenbosch. Her research focuses on sexual violence in understanding the behavioural and neuronal changes of both victim and sexual offender and understanding other factors that affect sexual offence. Her prior research focused on febrile seizures and understanding the effects of early life stress and the impact it may have on later life of the offspring. She is further a DRILL (Developing Research Innovation, Localisation and Leadership in `South Africa) fellow. This program is an NIH (USA) funded program and aims at grooming future academic leaders. Dr Qulu is also a SONA (Society of Neuroscience in Africa) representative for the `African Southern Hemisphere. She is also the deputy Chair of Southern African Neuroscience Society (SANS). Dr Qulu is passionate about social engagement outside her academic life, she works is a former board member of iThembaLethu HiV orphanage and a current board member of IkusasaElihle career guidance NGO. She has travelled parts of the world attending conferences and spent time in Canada at the John Hopkins institutions in Calgary where she conducted part of her PhD work and Germany where she came back with her sexual violence research.

Brainmedia reveals past and present examples of scientists and science educators who conceptualize and demonstrate the active human brain guided by new media technologies: from exhibitions of giant illuminated brain models and staged projections of brainwave recordings to live televised brain broadcasts, brains hooked up to computers and experiments with “brain-to-brain” synchronization.

Connecting to the NeuroGenderings lecture series, Lysen’s talk will highlight early exhibitions and publications on EEG in the 1930s, connecting to the concept of “physiognomic sight” and ideas about seeing differences at a glance.

Bio: Dr. Flora Lysen is a researcher at the MUSTS (Maastricht University Science and Technology Studies) research group and teacher at the Faculty of Arts & Social Sciences of Maastricht University. Her current postdoctoral research is on the history of artificial intelligence and automation in medical imaging, as part of the research consortium RAIDIO (responsible artificial intelligence in clinical decision making).

Résumé
Oliver Rollins (University of Chicago) is a qualitative sociologist who works on issues of race/racism in and through science and technology. Specifically, his research explores how racial identity, racialized discourses, and systemic practices of social difference influence, engage with, and are affected by, the making and use of neuroscientific technologies and knowledges. Rollins’s book, Conviction: The Making and Unmaking of The Violent Brain (Stanford University Press, 2021), traces the development and use of neuroimaging research on anti-social behaviors, with special attention to the limits of this controversial brain model when dealing with aspects of social difference, power, and inequality. Currently, he is working on two new projects. The first, Neuro-visions of the Prejudice Mind, examines the neuroscience of implicit bias, chiefly the challenges, consequences, and promises of operationalizing racial prejudice and identity as neurobiological processes. The other, Technoscientific Imaginaries of Anti-Racism, seeks to elucidate, and speculate, the socio-political dilemmas, ethical vulnerabilities, anti-racist potentials for contemporary (neuro)scientific practices.

Book summary:
There is a notorious and quite racist history that underpins biological research on violence. In attempts to eschew this past, today’s neuroscientific and genetic researchers reject deterministic and racist explanations of violence for brain-based risk models of such behaviors. Nevertheless, in Conviction, Rollins pinpoints a looming danger in this technology, due to the ways it re-envisions, and ultimately silences, the voices, bodies, and experiences of those most affected by social difference, power, and inequality. The threat from biological theories of violence today is less about the return of an older bio-deterministic explanation of crime. Instead, Rollins warns that the latent danger of the violent brain model rests in the way it will normatively preserve static social and racial inequities through the technical omission of unequal life chances.