UNIL | University of Lausanne
You are here: UNIL > About UNIL > Yesterday and today > The UNIL in the 20th century

The UNIL in the 20th century

Total number of students enrolled exceeded 9000.
Beginning of a project for closer cooperation between the Universities of Geneva and Lausanne.

Inauguration of the new School of Pharmacy building (BEP).

The University celebrated the 450th anniversary of the founding of the Academy.
Inauguration of the new Human Sciences building (BFSH 2).

Inauguration of the new central building (BC).
The Central Administration and the Cantonal and University Library (BCU) were installed at Dorigny.

Inauguration of the new building for the Rectorate and the Central Administration (BRA).

A higher education law was passed conferring autonomous status on the University of Lausanne.

The University began to occupy the site at Dorigny. The Propaedeutic College was officially opened on 11th October.
The total number of students enrolled reached 3000.

The EPUL became the EPFL (Federal Polytechnic of Lausanne).

The State Council enacted a provisional law to appoint a Rector.

The number of enrolled students reached 1700.

The Engineering School became the Polytechnic of the University of Lausanne (EPUL) and acquired autonomous status.

The Engineering School opened a School of Architecture.

On 15th May a law regulating higher education at the University of Lausanne was passed. This law remained in force until 1977.

The Faculty of Economics and Business Administration (HEC-Lausanne) was created.

The total number of students enrolled reached 1000. This figure remained stable until the end of the Second World War.

The Institute of Forensic Science and Criminology (IPSIC) was opened. It is part of the Faculty of Law.

The School of French as a Foreign Language was created, within the Faculty of Arts.

The Faculty of Social and Political Science (SSP) was founded. 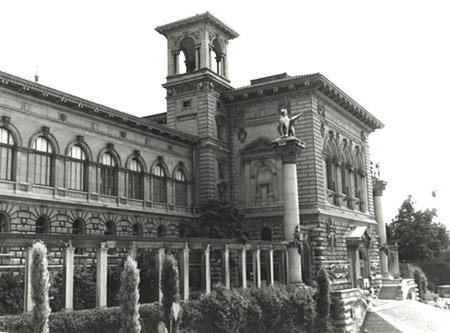