The main topic of research of our laboratory is centered on phosphate transport and metabolism, in particular the study of the PHO1 gene family. A second topic is the study of metabolic pathways occurring in the peroxisome, with a focus on the ß-oxidation cycle. These research projects are addressed using the tools of molecular and cell biology, biochemistry and genomics, with Arabidopsis and rice being the main plant models, but with some projects also using the legume Medicago truncatula or the yeast Saccharomyces cerevisiae.

Phosphate is an essential nutrient for all living organisms because it is an integral component of several important biological molecules and plays a key role in the regulation of numerous pathways. In plants, phosphate is also one of the main nutrients that limit plant growth in both natural environments and the agricultural context. The PHO1 protein was identified in Arabidopsis and was shown to mediate phosphate export to the root xylem vessel. Our current work has revealed that while PHO1 is primarily expressed in the root vascular cylinder, where it contributes to the long-distance transfer of phosphate from roots to shoots, PHO1 and its homologues are also expressed in a wide variety of tissues and are implicated in numerous aspects of plant biology, including guard cell response to abscisic acid, pollen tube growth and the control of the phosphate-deficiency signaling transduction cascade. Our long-term goal is to understand the molecular details of the mode of action of PHO1 and of its homologues in ion homeostasis and the adaptation of plants to phosphate deficiency. Furthermore, our work on the regulation of PHO1 expression in rice has uncovered a novel role for natural antisense transcript in the control of mRNA translation.

2. Metabolic pathways occurring in the peroxisome

Peroxisomes are dynamic organelles implicated in numerous metabolic pathways. Prominent among them is the degradation of fatty acids via the ß-oxidation cycle. Over the years, we have made use of the synthesis of a biodegradable biopolymer, named polyhydroxyalkanoate (PHA), from the polymerization of ß-oxidation intermediates to study fundamental aspect of lipid metabolism, including the biochemical pathway involved in the turnover of unsaturated and unusual fatty acids, factors influencing the maintenance of membrane lipid composition, the presence of metabolic channeling, etc. More recently, our laboratory has expended its interest to uncover novel metabolic pathways implicating the peroxisomes, such as the biosynthesis of biotin and of certain phenolics. 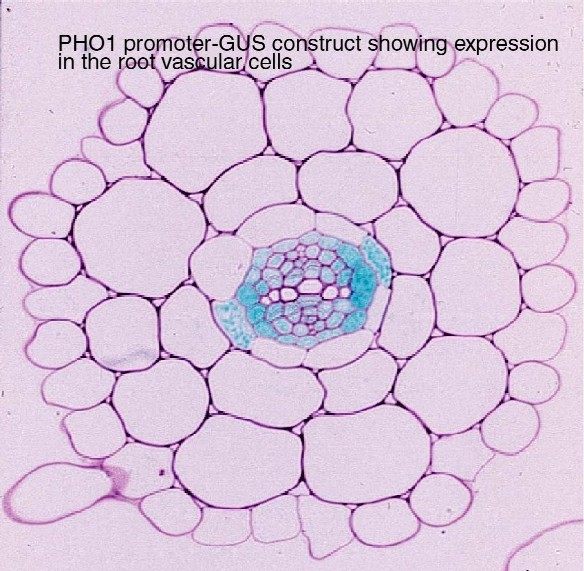