TNF family ligands are trimeric, type II transmembrane proteins that can either function as membrane-bound proteins or as soluble cytokines after proteolytic processing. Although they are predominantly active in the development, homeostasis and function of the immune system, they are also involved in several other processes such as control of bone turnover, mammary gland development and morphogenesis of skin derivatives such as hair, teeth and sweat glands. Primary defects in TNF family ligands or their receptors are directly associated to several inherited diseases, whereas deregulated expression of some members is implicated in the onset and/or maintenance of autoimmune conditions or malignancies. The TNF/TNFR family thus provides a number of interesting therapeutic targets.

B cells are key components of the humoral immune response. Some B cell types in the peritoneal cavity or in the splenic marginal zone encode a relatively limited repertoire of antibodies that are mainly directed against carbohydrate epitopes. These B cells give rise to plasma cells secreting so called “natural antibodies” crucial to provide broad protection against bacterial infections. Other B cells in the spleen, lymph nodes and other secondary lymphoid organs can produce high affinity antibodies against more specific antigens such as microbial toxins. From B cell precursors in the bone marrow to fully differentiated antibody-secreting plasma cells homing in the bone marrow or sub-mucosal areas of lymphoid organs such as tonsils, B cells undergo a number of maturation and selection steps, achieved in part by the availability of sufficient amounts of specific survival factors. The TNF ligand BAFF, also known as BLyS, supports survival of newly formed B cells as they exit from the bone marrow. BAFF is also important a later stages to maintain the pool of mature B2 B cells and marginal zone B cells. Another TNF family ligand, APRIL, shares receptors with BAFF and is believed to help B cells at terminal stages of differentiation (Fig.1).

In a very different biological context, the TNF family ligand ectodysplasin A (EDA) participates in the development of skin appendages, such as teeth, hair, eccrine sweat glands and numerous other glands (Fig. 2). EDA-deficiency in human and various animal species such as mice and dogs causes one form of ectodermal dysplasia (X-linked hypohidrotic ectodermal dysplasia, XLHED). There is presently no cure for ectodermal dysplasia. This disease can be particularly dangerous for young, undiagnosed patients, decreases the quality of life, can have severe impacts on self-esteem, and generates important financial burden for palliative treatments. In the past, our group has demonstrated the feasibility to cure XLHED in very young mice and dogs by protein replacement therapy (with the collaboration of Dr M. Casal at the University of Pennsylvania for experiments performed in dogs) (Fig.3). Recently, we have given full support to the initiators of Edimer, a newly founded company whose goal is to launch clinical trials in XLHED patients by the end of 2011, and with whom we are associated from a research point of view.

Fig. 2: Involvement of the TNF family ligand EDA in the development of skin appendages. Membrane-bound EDA must be released as a soluble protein in order to activate its receptor, EDAR. At the site of EDAR activation, a NF-kB-dependent pathwayinduces neutralization of placode inhibitors, thus opening the way to the development of skin-derived structures such as hair, teeth or sweat glands. Hair and teeth that form despite the absence of EDA are often morphologically abnormal, suggesting that EDA is required for development and morphology.

TNF family ligands signal by engagement of one or several receptors of the TNF receptor family. Some TNF ligands, in addition to their cognate receptors, interact with unconventional partners such a proteoglycans. Most TNF family ligands assemble as homotrimers and display three receptor-binding sites. Recruitment of three receptors to the trimeric ligand is the first signaling step. In the past few years, several groups including our own have accumulated evidence that the form of ligand presented to responsive cells is very important. It is now generally considered that membrane-bound and soluble TNF family ligands, including TNF itself, can trigger distinct effects. Membrane-bound ligands may be presented in a dense manner, “cross-linked” by the membrane to which they are physically attached, allowing the recruitment of more than three receptors in close proximity. Depending on the receptor, this may or may not be required for the generation of an optimal intracellular signal. As an example, TNF-R1 signals in response to soluble TNF, whereas TNF-R2 requires membrane-bound TNF. We wondered whether this concept could be extended to various forms of soluble ligands. Indeed, soluble BAFF exists either as trimers (BAFF 3-mer), or as an ordered assembly of 20 trimers (BAFF 60-mer), whereas APRIL can interact with carbohydrate side chains of proteoglycans that may cross-link soluble trimeric APRIL (Fig. 1). We reasoned that the occurrence of BAFF and APRIL as trimers and higher order multimers might be functionally relevant, should they trigger receptors differently. BAFF binds to BAFF-R, TACI and BCMA, whereas APRIL binds TACI and BCMA. We indeed found that BAFF 3-mer and BAFF 60-mer could both signal through BAFFR, but that TACI (and BCMA) only responded to BAFF 60-mer and not to BAFF 3-mer. Similar observations were made with APRIL, which needed to be cross-linked in order to activate TACI. In other experiments, we have compared wild type mice, BAFF -/- mice and mice expressing membrane-bound BAFF only. When required, these mice were also provided with recombinant forms of BAFF 3-mer or BAFF 60-mer. Membrane-bound BAFF was unable to maintain the mature B cell pool, whereas soluble BAFF could. Membrane-bound BAFF (or BAFF 60-mer) was however required to induce specific B cell markers in the mature B cell pool. In collaboration with Dr B. Huard in Geneva, we also addressed the physiological relevance of APRIL-proteoglycan interaction in human. Proteoglycan-bound APRIL improved survival of primary human plasma cells ex vivo. Also, APRIL produced in small amounts by epithelial tonsil cells in a normal situation, and in greater amounts by neutrophils upon inflammation, accumulated on neighboring proteoglycans and correlated with the presence of numerous plasma cells. Proteoglycan-bound APRIL is therefore likely to provide a survival niche for plasma cells.

Of course, several questions remain to be addressed: what are the relative contributions of membrane-bound BAFF and BAFF 60-mer in vivo? Which of the different forms of BAFF and APRIL are to be found in vivo? Does their ratio change in pathological conditions? Are they all sensitive to BAFF-blocking drugs currently tested in clinical trials?

There are strong genetic evidences that EDA must be processed in a soluble form to exert its function (Fig. 2). EDA is unique in that is contains a collagen-like domain in addition to its receptor-binding domain. We have identified a proteoglycan-binding region in EDA that is distinct from both the receptor-binding domain and the collagen domain. Binding to proteoglycan restricts EDA’s distribution in vivo, although the physiological impact of this observation remains to be determined. The presence of the collagen domain was found to bring together two trimeric receptor-binding domains in the same molecule, resulting in a considerable increase of biological activity (Fig. 1).

Fig. 3: A recombinant form of EDA rescues the permanent dentition in a dog model of EDA-deficiency.

As mentioned above, EDA-deficiency leads to XLHED. However, few case studies also reported EDA mutations in patients missing some teeth (selective tooth agenesis), with no or very little involvement of other ectodermal appendages. Dr G. Mues (Baylor College of Dentistry, Dallas) characterized a four-generation family affected with a non-syndromic tooth defect, in which all affected individuals displayed a V365A mutation in EDA. We characterized the biochemical effect of this and five further EDA mutations associated with tooth agenesis. EDA found in XLHED is totally inactive, whereas those found in tooth agenesis often have an impaired but not totally abrogated ability to bind EDAR. Those that bound EDAR normally were either produced at lower levels, or displayed impaired ability to signal in a biological assay. Thus, we propose that hypomorph EDA mutations produce teeth defects, with no major impact on other structures. Teeth may therefore require stronger or higher quality EDAR signals to form properly.

Future work on EDA and EDAR will assess whether agonist anti-EDAR antibodies can be produced, whether predictive markers of treatment efficacy can be identified, whether EDAR signaling has any impact in adults, and whether a successful treatment induces biomarkers that can be monitored. 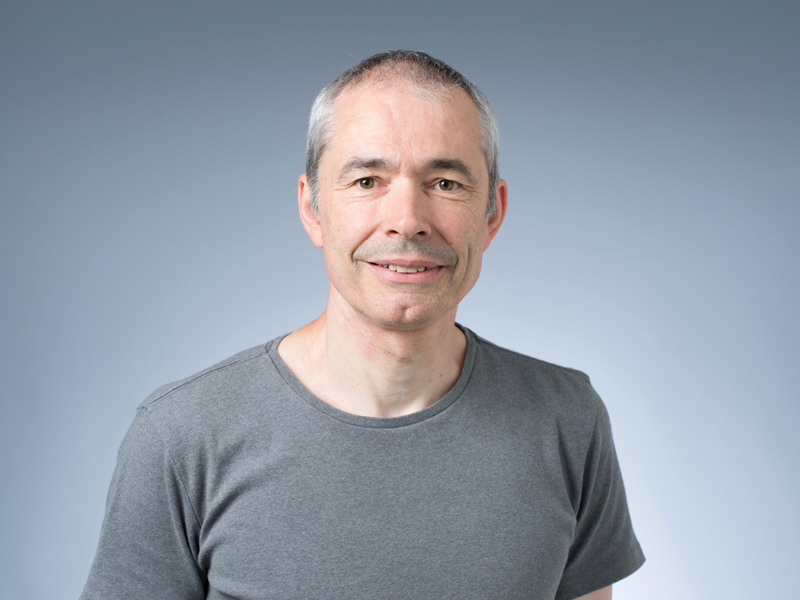